Whether to get even for poor service or to get their money’s worth for years of premiums paid, a troubling number of consumers fudge the numbers or add extra items on home or car insuranceclaims. 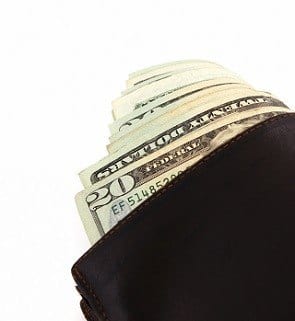 The FBI puts the annual cost of insurance fraud (excluding health insurance fraud) at $40 billion, which works out to $400 to $700 per year per family in extra cost.

“When it’s discovered you can typically prove it,” Lucker says.

Soft fraud, he says, is tougher to nail down.

And it’s costly to investigate, says Dennis Jay, executive director of the Coalition Against Insurance Fraud in Washington, D.C.

“It’s a business decision for many insurers: Do you spend another $2,000 on an investigation into what may be an extra $500 on a claim? …. Many insurers don’t look at the soft-dollar losses as much as the hard losses.”

Insurance companies try not to be asleep at the wheel

But that’s changing for two main reasons. One, insurance companies are taking a harder look at improving efficiency. Insurers make money on the returns from investing the premiums customers pay. With interest rates and investment yields down since the recession struck in 2008, they’re placing growing emphasis on controlling losses.

Two, with greater computer power and more data at their disposal than ever before, insurers have a keener ability to detect and fight fraud than a generation ago. A growing number of companies are using technology to sift through claims to find anomalies that may indicate fraud, Lucker says. The computer system may flag an unusually large claim for a particular type of household or circumstance, for instance.

Insurers “have to develop methods to tease out truth from fiction without wagging a finger in the face of a person,” Lucker says.

If your claim is flagged, an insurance company might require you to produce more detailed documentation to support a loss, for instance. Or it might initiate more contact with you throughout the claims process. That sort of enhanced attention can improve service as well as let you know the insurance company isn’t asleep at the wheel.

According to the Accenture report, 43 percent of U.S. consumers who admitted to claims padding said they did it because they received poor customer service.

Insurance companies need to explain how the claims process works, resolve claims as quickly as possible and be open to receiving information through whatever channels customers want to provide it, says Michael Costonis, a managing director in the insurance industry practice at Accenture.

“I think there has to be better education and outreach about what insurance is and does,” he adds.

A lot of people misunderstand what they’re paying for when they buy insurance, Lucker says. Many who pad claims think it’s OK to exaggerate so they can recover their deductible, particularly if they’ve paid their premiums on time for years and have never made a claim.

But even if you haven’t filed a claim, you’ve still “used” the insurance. The policy enabled you to hedge your risk, Lucker says. When you paid the premium, you purchased peace of mind.

Although a lot of people have gotten away with padding insurance claims, you might not.

“More companies are realizing it’s in their best interest to have good anti-fraud programs,” Jay says.

If the fraud is for a small amount, you may not be criminally prosecuted, but you could get hit with a hefty civil fine. Depending on state law, your entire claim might be denied — even the legitimate parts — and you’ll have a harder time getting insurance coverage in the future, Jay says.