Want to sue your insurance company? Here’s what will happen

If you’re angry enough to consider filing a lawsuit against your insurance company, make sure you do so only as a last resort, after all negotiations have failed. If there is an acceptable alternative, a courtroom is the last place you want to be.

Peter Moraga, spokesperson for the Insurance Information Network of California, says that often matters can be settled between yourself and your insurer through negotiation. If you feel like your claims adjuster isn’t being fair with you, “you should go to a higher-up in the company,” Moraga advises. “It may be a supervisor. There is always a process.” 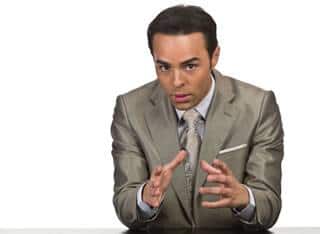 It’s important for you to take an active role in the insurance claims process, but give your claims adjuster adequate time to work on your case.

If you threaten to file a lawsuit simply as a negotiating tactic, be aware that the strategy could backfire. The word “lawsuit” will likely set off alarm bells at your insurance company and you may suddenly find yourself dealing with a lawyer instead of a claims adjuster. Insurers are so sensitive to the possibility of home and car insurance litigation that, in some cases, they may assign an attorney if they merely suspect that a suit is coming, says Amy Bach, executive director of the United Policyholders consumer group.

If you proceed, here’s a taste of what to expect: A lawsuit will likely be costly and highly adversarial. It will probably slow down or halt your claims process overall, not speed up your payment. And don’t expect your insurance company to come crawling back after you file a lawsuit. “The insurance companies generally will not continue to communicate with a policyholder who has hired a lawyer,” says Bach. “That is the way things work in the real world.”

Once you file a lawsuit, your insurance company must assign its own attorney to the case. “There will be a period of silence while they pick a lawyer and review the file,” Bach says.

Your insurance agent will cease to be a helpful guide through the claims process, says Douglas Heller, executive director of the Consumer Watchdog organization. That’s because insurance agents ultimately have responsibility to the insurers for whom they sell policies.

If aggressive attorneys get involved on either side, it can become difficult to keep the lines of communication open, Bach says. “Things can get ugly fast.”

In such cases, Bach recommends trying damage control. You should write to the insurance company and ask it to continue working with you on home or car insurance issues that fall outside the bounds of the suit. For example, if extensive home damage has caused a lawsuit, but there is no dispute about what needs to be done to repair the kitchen, “the consumer can continue to work with the company to adjust that part of the loss.”

Most legal disputes are resolved in mediation rather than a courtroom, but not right away. Bach says to expect the process to take six months or more.

If the matter goes to trial, which is unusual, the case may take between one and three years to resolve, “depending on the judge, the court and the personalities of the lawyers,” she adds. “If they are hell-bent on fighting over everything, it will drag things out.”

Your state department of insurance

Another path toward resolution is a complaint against the insurer. Bach says it’s a good idea to file a complaint with your state department of insurance whenever you feel you have been abused by the system. Just don’t expect your state insurance commissioner to resolve a complicated, large-dollar dispute.

“If they see an obvious violation of a law or regulation, they will tell the insurer and they will issue a fine if it is a serious violation,” she says. “But most of the time they will send a copy of the complaint to the company and give the company a chance to tell their side. They will tell the policyholder they do not have the authority to adjudicate. But the department will have a record of the complaint” that may help with future enforcement issues. For example, an insurance department might launch an investigation if they see a pattern of similar complaints against an insurer.