They asked for what?! Insurers requesting tax, divorce and other documents

If you have a property loss and file an insurance claim, it’s natural for your insurancecompany to want to understand the circumstances surrounding the incident.

So if your car is stolen or a fire breaks out at your home, you can expect your insurer to want to know exactly what transpired. 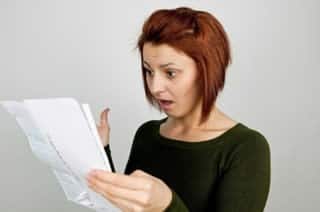 What you may not expect, however, is being asked to answer a barrage of personal questions under oath, or being asked to turn over private documents, financial records and other sensitive paperwork.

But that’s what happens to some policyholders when they submit claims, says Harvey Lewis, a public insurance adjuster and head of Lewis and Associates in Oklahoma City. If a consumer suffers a large insurance loss or if an insurer suspects fraud or exaggeration, many companies will put their clients under a microscope.

“In all property policies, there’s a provision called the ‘appraisal provision,’ part of which states that the insurance company can ask for an examination under oath with their attorney and a court reporter,” explains Lewis.

He says that insurance companies — much to the dismay of their customers — sometimes also interpret the appraisal provision as giving them the right to request “darn near anything they want to” after a claim.

What does “anything” entail?

It’s not uncommon for insurers to look into a person’s marital history and relationship status, or to ask whether or not someone filing a claim has any medical or family problems.

“I’ve even seen them dig back into the past, back to when people were in high school and all through college. They get really personal . . . and they’re ultimately trying to establish a financial motive on the part of the policyholder,” Lewis says. He has sat in on examinations where “ladies would end up crying and men wanted to punch the attorneys doing the questioning.”

And if policyholders object to such personal questions, the insurer might invoke a “cooperation clause,” essentially denying an insurance claim on the grounds that the policyholder didn’t cooperate in the claim investigation, Lewis says.

So what does an insurer have the right to ask when you file an auto, life, health or home insurance claim?

Anything that relates to the incident is certainly valid. A police report or a parking receipt verifying you were where you claimed to be would be relevant.

But when you receive far-reaching requests for information and documents that are unrelated to your claim, legal experts say you should be wary.

Instead of making speedy claims payments to victims of car theft, vandalism or auto fires, Shernoff says Progressive demands that California customers making auto claims hand over a slew of documents first, and then submit to examinations under oath.

“Most of this information is totally irrelevant,” Shernoff says, adding that no insurer has a legitimate right to ask you about such personal matters — nor to demand unrelated, sensitive documents — simply because you file a claim.

“I’ve alleged that this is a widespread pattern and practice of denying valid claims that Progressive itself has decided are suspicious,” Shernoff says. “Essentially from the very moment a claim is filed, the company just assumes the claimant is a fraud, and there’s absolutely no basis for such a conclusion.”

According to Shernoff, no police officers or fire officials have accused or implicated any of the policyholders named as plaintiffs in his case of any wrongdoing. He says the only “finger pointing” has come from Progressive, “which is requesting a slew of documents that we feel invades privacy. These documents don’t even run to the incident or the circumstances. They run to the character of the person filing the claim.”

Richard Burgland, an attorney with Pretzel & Stouffer in Chicago, focuses his practice on insurance coverage litigation and represents insurance industry clients. Burgland says that the scope of an insurer’s inquiry into an insurance claim “would have to be determined by the insurance contract.”

But since no insurance contracts spell out exactly which documents an insurer has the right to see, a dispute over the matter would have to be settled in court, he adds.

“The courts are going to look at this and say to the insurer: ‘What documents does the contract give you the right to request?” says Burgland, who is not involved in the Progressive case.

“I’m sure the insurance company will say, ‘According to this appraisal provision, we have a right to demand all of these documents from an insured,’” says Burgland. “But if they can’t explain and prove how certain documents are related to the claim, it’s likely the court is going to say ‘This provision doesn’t entitle you to those documents.’”

From the insurers’ standpoint, Burgland adds, “they want to be over-inclusive. They want you to give them everything upfront so they can make a determination as to what relates to the claim, even if policyholders may think those documents aren’t important.”