Don’t shoot yourself in the foot: When to file that auto insurance claim

While car insurance companiesinsist they want to know about even the smallest accident, but if your deductible is more than the cost of your repairs, you’re better off paying the repair bills yourself and not reporting the damage to your insurer.

There’s no law that requires you to report an accident to your car insurance company, and you should remember that every report you file with your auto insurer (even if the damage is less than your deductible) goes on your insurance record. 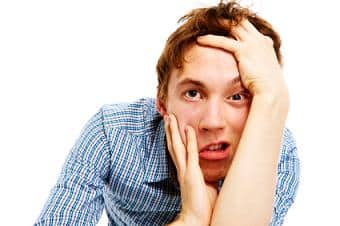 Robert Passmore of the Property Casualty Insurers Association of America (PCI), an industry trade group, says that insurance companies always want to know about accidents, even when repairs cost less than your deductible. Even though failing to report an accident to your insurance company is not a crime, most policies specify that your insurer may have no duty to cover your accident if you haven’t reported it promptly.

“It’s something to be aware of,” Passmore says. A small claim is unlikely to affect your individual premium, he adds. But your car insurance rates can be affected when multiple claims start adding up.

So when should you file a claim on your car insurance policy? Common sense says if the repairs cost less than your deductible you’re better off paying for them on your own and keeping the story to yourself.

If you already have a track record of problems on your record, like a speeding ticket, check with your state’s department of insurance to find out what its regulations are on nonrenewal. If filing a claim for an at-fault accident, in addition to your previous ticket, would make you a mark for nonrenewal, think twice about filing.

But if another car is involved, or you have a passenger in your car, consider reporting the incident to your insurer in order to protect your own financial interests. “You never know what’s going to arise out of an accident,” Passmore says. “You never know who might come out of the woodwork and make a claim against you. [If unreported] it puts your insurer at a disadvantage to defend you.”

In some cases, especially where no bodily injury is involved, you may be tempted to personally settle the damages with the other party without involving your car insurance company or the police. But be careful — especially if you weren’t at fault and suffered damages.

In addition, because injuries are not always immediately apparent, you should report an accident in case you sustain injuries that show up a day or two after the accident and need medical treatment. Accidents should be reported to police because it provides a neutral and written account of the accident. It also gives your insurance company documentation of the accident, including time, date, conditions, injuries, if any, and responsibility.

What the car insurance company sees

Once you contact your auto insurance company, be prepared to have the information remain in your file and dog you if you change insurance carriers. Auto insurers share information on policyholders’ histories. But when the damage is extensive, it’s appropriate to take advantage of the insurance you’ve paid for.

Jeff McCollum, spokesperson for State Farm, says that most insurance companies evaluate accidents and property damage on a case-by-case basis for potential premium increases. Many insurers, including State Farm, tend to be lenient with your first accident or moving violation. However, there are many variables, including the scope and size of the accident and the nature of the moving violation.

“For somebody who has a good driving record and has a fender-bender, that’s really not going to change the way you’re looked at,” McCollum says. “But someone with a history of accidents and claims is going to be looked at differently.”

After multiple claims, possibly even your second, your rates could see an increase, he adds.

Because of the potential for a rate increase or nonrenewal, you may want to view your car insurance like your home insurance: Plan ahead to pay out of your own pocket for smaller repairs and save your claims for significant damage.