How to arbitrate a car insurance claim dispute

Feel like your car insurance company should have paid out more when it declared your car totaled? Were you hit by an uninsured motorist and now find yourself battling your own insurer to get a fair settlement? In cases like these, it often makes sense to seek satisfaction using a mediation-arbitration process overseen by a neutral third party. In fact, many states with no-fault insurance laws may require that disputed claims go to binding arbitration. 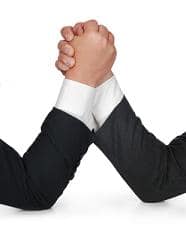 Here’s what you need to know when entering mediation or arbitration.

What’s the difference between mediation and arbitration?

The difference between them is that mediation is advisory only, and no one has to follow the recommendations. In contrast, arbitration is legally binding: Once the arbitrator makes a ruling, you are required to follow it without the option of appealing.

Mediation and arbitration can be thought of two stages of the same overall process. Every arbitration case begins with mediation. If that fails, the case moves to arbitration.

What are the advantages of arbitration over filing a lawsuit?

You don’t have to hire an attorney, though you can if you like. That means it’s usually cheaper than a full court case.

Not every dispute merits or needs a full-court press. An attorney’s job is doing whatever it takes to win a case, which can really run up the money meter, says India Johnson, a senior vice president for the American Arbitration Association (AAA), a nonprofit organization specializing in resolving such disputes. Arbitration, she says, “gives the lawyer a backboard to play against” and so helps keep your costs under control.

Are there drawbacks to arbitration?

While arbitration may be cheaper than a lawsuit, it’s not free. The arbitrator will also charge by the hour, though at a lower rate than an attorney, so pull together all the material documenting your case prepared before the hearing. You will be a newcomer in an arena that car insurance companies know very well.

Should I hire an attorney?

It’s not required but the higher the monetary and legal stakes, the more it makes sense to have an attorney at your side.

Are there other options besides arbitration?

Consider going to small claims court if you’re tangling with your car insurance company over whether your older vehicle should be declared “totaled” and not worth fixing. A replacement vehicle may still cost more than repairing the clunker, so you may be arguing for a larger settlement. Small claims courts will let you argue your case in person without an attorney.

If I enter arbitration, what happens?

The process usually begins with you and your insurer selecting an arbitrator to hear the details of the case. The AAA can provide a list of professional arbitrators, who by law are required to be neutral third parties. Agreeing on an arbitrator often involves a fair amount of back-and-forth between you and your insurer. Your car insurance policy may spell out more specific steps or the process may be dictated by the laws of your state.

Things start to get serious after both sides pick the arbitrator, who will set a date for a “hearing.” It’s really more of a deadline for both sides to submit all the documents backing their arguments. “You can do that much more quickly than getting everyone in the same room,” explains Johnson. It’s also another way arbitration reduces your costs.

These documents give you a preview of the car insurance company’s arguments, Johnson says. “You start to see what they’re going to put into the case and you start to think, what’s the arbitrator going to think?”

It’s at this very point that nearly two-thirds of all cases are settled or withdrawn. As Johnson puts it, “Everyone loves their case” until they see the other side’s arguments. By design, arbitration builds in this moment for both sides to cool off. You may find yourself deciding that getting a few hundred dollars more for your old pickup isn’t worth pressing ahead. Or perhaps your insurer decides it would be easier to boost its offer and move on.

If big bucks are involved, both sides are more likely to press ahead. Before issuing an awards ruling, the arbitrator may ask for another round of written counterarguments.

When the arbitrator finally issues an awards statement, it’s likely to be brief. It won’t go into all the reasons behind the ruling but will simply state what each party gets and who pays what fees. Even if you win, don’t expect the sort of slam-dunk vindication you see in courtroom TV shows and movies. No drama, but lower costs, says Johnson. “That’s why arbitration awards are just a decision on the outcome, to save money.”

About the author: Nolan Hester has worked as an award-winning reporter and editor for newspapers and magazines and as an environmental communications expert for government agencies. He has written about a variety of local and national policy issues.