The worst days to do 20 common activities

With many things in life, timing is everything. While insurance can’t prevent the pitfalls in life, it can ease the financial recovery – from car accidents to trips to the hospital. If you’re like us, you like to avoid the worst risks in the first place. Here are the worst days to attempt to do 20 common things. 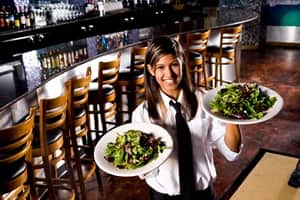 The best day to stay in and make dinner is Sunday. Restaurants don’t receive food deliveries during the weekend, making Sunday the “garbage-can day of the week,” according to Kate Krader, restaurant editor at Food and & Wine magazine.  Experts agree that restaurants tend to serve the freshest food on Tuesdays.

2. Worst time to sign up for a dating site

A husband with a lousy (or no) Valentine’s Day gift can make women want to look elsewhere for companionship.  The day after Valentine’s Day is the worst day for women to join a dating site due to a surge in competition.  Ashley Madison, a dating website for married women, reported it saw 10 times its normal sign-up traffic on Feb. 15.

If you do find a match, ask about his driving record. Here’s how boyfriends who are bad drivers can break your heart – and your car insurance rates.

3. Worst day of the week to drive

Going out for a weekend drive sounds relaxing, but can be quite deadly.  While fatal crashes overall have gone down in the past few years, Saturday continues to be the day of the week with the highest total number of fatalities.  The National Highway Traffic Safety Administration’s crash data from 2012 reported 5,632 fatalities on Saturdays, an average of 108 each week.

Saturday is also especially deadly for teen drivers.  The Insurance Institute for Highway Safety says the highest percent of motor vehicle crash deaths among teenagers in 2012, 20 percent, occurred on a Saturday.

10 dirty little secrets of insurance companies
7 ways to investigate an insurance company online
How to give a car as a gift -- and keep it a secret
What are your favorite foods to eat while driving?: Insure.com survey 2021
Insure.com survey 2021: Why do many parents not enforce teen driver laws?
10 things that are illegal but shouldn’t be
Do red cars cost more to insure?
Cost of a good midlife crisis: $240,000
Will people crash into you because of your car's color?
The states with the rudest drivers – and the states that hate them
The 10 vehicles that cause the most property damage
Cars that attract the ladies (and guys)
Don't blame high-performance cars alone for their high accident and death rates
See more >

4. Worst day of the year to drive

When the New Year’s party is over, you may be left with more than a hangover headache if you venture out on the roads. Data from the NHTSA’s Fatality Analysis Reporting System (FARS) shows that on average from 1999-2008, Jan. 1 had the most accidents of any day of the year (132.1). What’s worse, Jan. 1 is also the worst day for fatal crashes involving alcohol-impaired drivers, according to the Insurance Institute for Highway Safety.  July 4th came in second.

Commuters, weekend warriors getting a jump on their getaways, and other drivers trying to get errands done before the workweek ends should build extra time into their schedules as Friday is the worst day for traffic.  Using data that measured average traffic delays across metropolitan regions, Governing.com found that the worst day for traffic varied by metro area, but Friday edges out Thursday as the day you’re most likely to be stuck in traffic.

Sunday may be your day of rest, but for car thieves? Not so much. Sunday has the blessing of being the highest day for stolen-car insurance claims, according to an analysis of Progressive personal lines data for 2012. And, July is the hottest month for hot cars – July 15 and July 1, in that order, are days the most theft claims are filed.

By the way, in order to file a theft claim you’ll need comprehensive auto insurance.

If you’re shopping for a new car, avoid the dealership at the beginning of the month — particularly the first Tuesday.  Truecar.com analyzed historical sales and short term forecasts to determine the best and worst day to buy a car.  The end of the month wins out as the best time to buy as dealerships are more willing to haggle on prices and make their month’s sales goal.

After you drive off the lot, make sure to call your insurer to update your auto policy. Here’s why you must inform your insurance company about your new vehicle within 14 to 30 days.

If you want to increase your chances of living through the New Year, it might be wise to delay your resolution to exercise until Jan. 2.  The Insurance Institute for Highway Safety has consistently found Jan. 1 the most dangerous day for pedestrians. Halloween is a close second.  A higher-than-average number of pedestrians on these days, combined with inebriated or distracted drivers, make an unfortunate combination.

Getting your house sold quickly means knowing the right – and wrong – day to list the house.  Redfin, an online real estate brokerage, pulled over a million listings located throughout the U.S. and found that homeowners who list their house on a Friday are 12 percent more likely to sell in 90 days — and for the best price.  Sunday was the loser, with homes listed on this day taking longer to sell and for less.

The end of May is all about dusting off summer gear, gearing up for graduation ceremonies and getting vacation plans confirmed. Don’t add closing on a new home to the mix, particularly on the last Friday of the month.  Real estate professionals find that pending sales commonly peak in April, which results in a massive number of closings in May.  With the long Memorial Day weekend and a backlog of paperwork, your closing could easily be delayed, which could be especially frustrating if your loan rate expires and mortgage rates have gone up.

Also beware that home buyers can be haunted by past owners’ insurance claims. If the property has been the subject of claims, the new owner could get stuck with higher premiums. 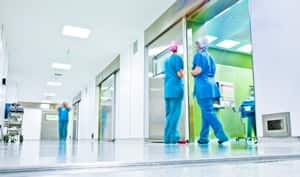 11. Worst day to go to the hospital

Everyone has a first day of work, but do you want to be seen by a physician on his or her first day?  If you’re hospitalized on July 1, there is a good chance this could happen.  In the U.S., this is the day when newly graduated medical students start as residents and other hospital staff may change places and positions.  (If traveling to the U.K., beware this occurs there on the first Wednesday in August.)

12. Worst day to have dark thoughts

Wednesdays are called “hump day” for a reason.  Mid-week is when energy from a few days off has faded and the respite of Saturday seems so far away, so perhaps it’s no surprise that Wednesday has another dubious distinction:  the deadliest day for suicides.  A paper published by “Social Psychiatry and Psychiatric Epidemiology” reviewed suicide death data over a five-year period and found that nearly 25 percent of suicides occurred on Wednesdays.  In addition, more people took their life during the summer (26 percent) than winter (23.8 percent).

If you really want that new job, don’t procrastinate until the weekend to apply for it.  A study in 2013 by Bright.com found Saturday is the worst day of the week to apply for a job, with just a 14 percent success rate.  Instead, dust off your resume during the weekend and send it out on Monday, when candidates were found to have a 30 percent success rate of advancing to the next stage of the hiring process.

Even 140 characters are just too much to read on Friday afternoons, when thoughts are on weekend plans.  Bitly, the URL-shortening service, studied how the day and time of a post will affect the amount of attention receives.  They found that posting a link to twitter after 3 p.m. on Friday isn’t worth the effort.

If you want to interact with more people about your business, or just your life events, don’t bother posting in the middle of the week.  Social media studies have shown that Wednesday is the worst day of the week. A TrackMaven study of 5,000 Facebook pages and nearly 1.6 million posts found that Sunday postings were 25 percent more effective than Wednesday posts.

You’ve got enough to do during the weekend so cross shopping for an airline ticket off your list. Airline fares are worst on Saturday and Sunday.  Hopper.com found that Saturday is the worst day to buy domestic airline tickets and Sunday is the worst day to buy international tickets.  Instead, make your vacation flight plans on Thursday, when both domestic and international tickets are the cheapest. 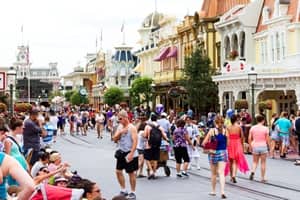 To actually enjoy the “happiest place on earth,” keep your distance in late June.  As the number of people visiting Disney during summer break peaks, so do hotel prices.  According to Priceline, the most expensive time to visit DisneyWorld is the last weekend in June, when hotels can be priced 23 percent higher than the end of August.

18. Worst day to shop for groceries

No one enjoys waiting in the check-out line at the grocery store, so if you want to spend less time catching up on tabloid headlines while precious down-time ticks away, don’t go on Saturday.  The Time Use Institute found that Saturday is by far the busiest day at grocery stores, averaging 41 million shoppers.  Monday and Tuesdays are the least busy, with only 29 million choosing the beginning of the week to pick up groceries.

You may be tempted to cross off an errand and top off the tank at the beginning of the week, but it’s wise to wait and save. A Gasbuddy.com analysis of pricing data found that Tuesdays have the highest price at the pump.  Instead, wait until the weekend and fill up. Saturday has cheapest gas prices and Sunday the second cheapest.

Going to the DMV can be a like a trip to hell, so don’t make it worse by showing up on a Monday or Friday. DMV.org says these days are the worst for crowded lines.  DMV administrators also recommend that you avoid lunch hours between 11 a.m. and 1 p.m. and stay away at the end of the month (when lines are massive due to registrations expiring and needing to be renewed).

Your DMV record is one of several reports your insurer will likely pull about you. Here’s what your auto insurance company knows about you.