You’d expect a Florida insurance agent to keep an eye on the weather. The Sunshine State tends to be pounded by mega-storms that travel up either side of the peninsula or, even worse, cut a swath across the state and pummel Miami.

But Jeff Grady, president of the Florida Association of Insurance Agents, is working the phones, trying to figure out which of the state’s approximately 70 mini-insurers is going to fail next. 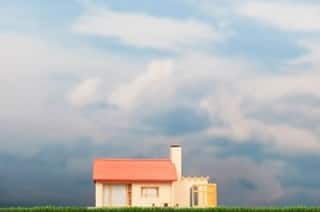 A Pulitzer Prize-winning series by the Sarasota Herald-Tribune claims that at least 38,000 residents are insured by companies which state regulators “knew would fail,” while many other policyholders are at risk.

Grady and other insurers don’t disagree. In the last year alone he’s seen half a dozen insurers falter or fail. All this occurs while Florida, the most hurricane-prone state in the nation, has been virtually storm-free for five years. Things could get a lot worse, he warns.

Insurance companies blame this situation largely on former Gov. Charlie Crist, who now does TV ads for a legal firm that handles cases like slip-and-falls. Crist’s change in status is a reflection of the once-booming Florida economy, which built condos along the waterline, regardless of potential weather hazards.

But that pitted the building trade against the insurance industry, which refused to insure property likely to be blown away in the next storm. When major insurers, such as State Farm and Allstate, cut back on the number of homes they would insure, Crist responded, “good riddance.”

Since property has to be insured to get a mortgage from a bank, Crist and Florida insurance regulators let a large number of start-up home insurance companies fill in the gaps left by the major insurers.

One way to determine whether a home insurance company is going to be around for a while is to look at its financial strength rating. But A.M. Best declined to rate most of these small insurers, which operate exclusively in Florida.

Demotech Inc. stepped into the fray using a different financial strength yardstick than A.M. Best. In an effort to provide ratings information, Demotech offers its own ratings system.

Insurers traditionally pay out on most claims from their own pockets, relying on reinsurers with huge pools of capital only in emergencies. But Demotech-rated insurers (these small carriers) don’t have much cash on hand and instead go directly to big reinsurers for backup money, many of which are either Bermuda- or European-based. Demotech-rated insurers aren’t really insurance companies as much as brokers, passing along the risk to the international market.

Demotech reviews the “treaties” or contracts that these Florida companies have with the big reinsurers to see if they can withstand two “one-in-a-hundred-year storms,” says Demotech President Joseph Petrelli.

“These are small companies, no doubt, but some have become superstars, and the state of Florida has licensed them,” he says. Federal lenders, like Fannie Mae and Freddie Mac, use Demotech ratings.

Critics say there are several problems with Demotech’s ratings.

“We can’t understand them,” says Grady. “It’s a lot of gobbledygook.” Instead, his organization relies on information from SNL Financial.

The Herald-Tribune pointed out that some of the Demotech-rated insurers went quickly from an “A-exceptional” rating to a virtually insolvent status, and that some of these insurers were taking money from policyholders and investing it, reducing the amount of money available to pay claims.

Grady says some of these companies are already “bleeding,” in part due to high reinsurance costs.

Florida insurers also have to pay policyholders upon “notice of loss” for sinkhole damage, which can include shifting of kitchen tiles. This has created a whole new market for public adjusters who canvass neighborhoods door to door, claiming they can get people insurance money.

The Florida state legislature now allows insurers to raise rates up to 15 percent per year without having to go before the state insurance commissioner for a hearing.

“We are hoping that will lure back some of the big carriers who left because they couldn’t get rate relief,” says Jack Powers, an independent agent with Gulfshore Insurance in Naples, Fla.

But if Florida homeowners think that a 15 percent annual rate hike is high, just wait.

The recent worldwide disasters, such as the tsunami in Japan, earthquakes and floods in Australia and New Zealand, not to mention the recent tornadoes in Missouri and  Alabama, have taken their toll on the insurance industry, and, in particular, the international reinsurance market, which is expected to pay out more than $30 billion this year.

U.S. costs alone for storm damage during the brutal week of May 20 to 27 will be between $4 billion and $7 billion, according to catastrophe modeler AIR Worldwide.

Both home insurers and reinsurers will get their money back by charging higher rates, and in Florida that means the small insurers, which rely heavily on the reinsurance market, will jack up their prices.

“At the end of the day, risk-based pricing is appropriate,” says Demotech’s Petrelli.

And the risks keep growing. The 2011 Atlantic hurricane season, which has already started, is predicted to be above normal by the National Oceanic and Atmospheric Administration, the U.S. government’s weather agency.

Another rating agency, Fitch, also expects Florida and other coastal states to be raked with hurricanes, a fate they’ve avoided for five years.

“The impending U.S. Atlantic hurricane season looms large as many reinsurers have already exhausted their catastrophe budget for all of 2011,” warns Fitch analyst Christopher Grimes.

How to file a successful mold claim By Mark Vallet
Table of contents
Get instant quotes now !