Car insurance for blind drivers (you heard that right)

Technology is driving forward at a blinding pace. At some point in the future, you may be sharing the road with blind drivers. Next January, the National Federation of the Blind and Virginia Tech plan to unveil a prototype vehicle equipped with technology that will allow blind people to drive.

They’ve tricked out a Ford Escape SUV with “nonvisual interface technology,” which uses laser sensors that operate much like sonar, plus various transmitters, vibrating gloves and devices releasing compressed air. Together, these functions will help communicate surroundings to the driver. The prototype vehicle is designed to allow the blind to drive independently – not be driven around in it. 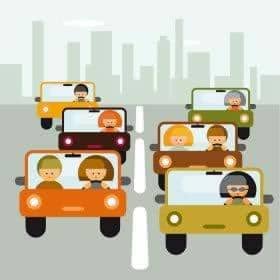 While the reality of blind drivers hitting the road is quite a few years away, the technological possibility hasn’t escaped the attention of the insurance industry. Many representatives of major car insurance companies decline to talk about how they’ll figure out car insurance rates for blind drivers. But they admit they’ll have to face up to the challenge some day.

Presently, most car insurers don’t have specific pricing guidelines for drivers who are visually or hearing impaired. For example, California insurers offer coverage to most drivers with auditory disabilities. If a deaf driver has a valid driver’s license, an insurance policy is offered at the same rates as those without a hearing impairment, says Peter Moraga, spokesperson for the Insurance Information Network of California. It’s possible that the same may apply to blind drivers who seek car insurance quotes in the future.

“Our guidelines are based on what is current today,” says Kate Hollcraft, spokesperson for Allstate Insurance. “Both the car in development and a driver who cannot see are currently just concepts. [But] if the car goes to market and states issue licenses to drivers who are blind, I’m sure we’ll explore both factors in our guidelines.”

She notes that Allstate requires customers to have a valid driver’s license, which typically requires a vision test.

The possibility of blind drivers is already raising new questions in the minds of insurers.

“I think it opens up a lot of basic questions as to how this technology would fit into the bigger picture,” says Moraga. “If technology exists to allow a blind person to drive, then at what point does that become standard for all drivers?”

Moraga anticipates autonomous vehicles, combining GPS technology and computers to drive us around on auto pilot one day in the future.

“You can sometimes look at the future by where we are today compared to where we’ve been,” he says. “At one point, you’re going to punch in the coordinates of where you want to go and the car will drive you there. . . . Think how far technology has advanced since the advent of the digital age. Look at what our cell phones can do today. Our computers couldn’t do that 10 years ago.”

Vehicle technology also holds the promise of better car insurance rates due to improved safety and fewer accidents. Moraga speculates that auto-pilot cars could cut down on accidents. An autonomous vehicle may also be able to choose routes that avoid traffic congestion.

“Technology forces us to explore the boundaries, and insurance, like any other financial institution, will have to adapt to that as well,” he says. “You’re not going to see an overnight change. But insurers will have to pay attention to this. If technology changes the way we drive, then we will have to change underwriting as well.”

Car warranties versus auto insurance
How Does Gap Insurance Work and Do You Need it?
Non-owner car insurance: How to get car insurance without a car
Minimum car insurance requirements by state
Can I insure a car that isn't in my name?
Do you need full coverage on a financed car
Do you need the VIN number for the insurance quote?
Veterans and military guide to insurance
What is liability auto insurance?
5 questions to ask your car insurance agent
"Stacking" your UM/UIM auto insurance coverage
The secret life of your car's VIN
What is uninsured and underinsured motorist coverage?
10 things that aren’t illegal but should be
SR-22 insurance: What is it and how does it work?
Auto insurance: How to make sure you’re not underinsured
Full coverage auto insurance: What it costs to get covered
Will my car insurance still cover my vehicle if I had it towed out of the road after hitting a deer? I have a witness to the event.
Double-car insurance dilemmas
How auto theft investigators work - and how to hire your own
How to cut your car insurance bill in half
12 things you don't know about car insurance that could cost you
Untangling your insurance during a separation or divorce
My wife was half asleep when she went out to scrape snow and ice off her car. She used a snow shovel, not realizing she picked up the one with the sharp metal blade at the end, so she scratched the car all over. Will her car insurance cover the damage?
My car was rear-ended and totaled but it was paid out by my insurance company and I am left with a balance on my car. Can I make a claim with the other drivers insurance company to pay the balance?
As I was backing out of the driveway I hit a parked car that was parked beside the curb in the street causing what looked like mild damage. My vehicle had no damage. Will I have to pay a deductible?
Don't let other people drive your car
15 things you didn't know your car and home insurance policies cover
Taking the slow lane by storm: Insurance for low-speed vehicles
Would I lie to you about car insurance? Only if it pays off
Insuring your tricked-out, souped-up car
See more >