Baby you’re much too fast: Speedy cars with the cheapest insurance

I guess we shoulda known by the way you parked your car sideways that you like to drive fast. So we performed a review of high-performance cars and the cost of auto insurance, Insure.com has found some insurance bargains among cars that deliver quick acceleration. And you say, “What have I got to lose?” Not much — you can drive a powerful auto without paying top dollar for your coverage.

A variety of factors are used to calculate insurance rates. Insurance companies base their premiums on the perceived risk of paying out injury and damage claims. They consider safety features that protect drivers, the likelihood of vehicle theft and the cost of repairing and replacing parts.

Believe it or not, we started to worry, wondering if we had enough data – but we’ve found many choices that deliver speed and a relatively lower insurance bill. 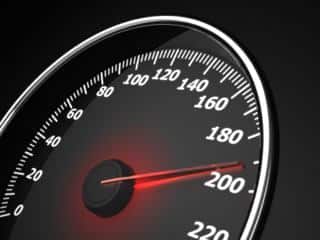 You need a love that’s gonna last: The Chevrolet Corvette GS two-door convertible, for example, has a national average annual insurance premium of $1,802. When you factor in the car’s 0-to-60 mph acceleration rate of 4 seconds, you have an average premium cost of $450.50 per second.

Move over baby: In comparison, the Mercedes SL65 AMG has a 0-to-60 acceleration rate of 4.5 seconds and an average annual premium of $3,544. That gives the slower accelerating vehicle an average premium cost of $787.56 per second, nearly 75 percent more than the Corvette GS.  (Insure.com’s average rates are based on what a 40-year-old male with a good driving record would pay.)

Among the 44 automobiles Insure.com reviewed that travel from 0 to 60 mph in 5 seconds or less, the best car insurance bargain — as calculated by cost per second — was the Chevrolet Camaro SS. While not the quickest car in the group, the Camaro SS still has a relatively fast acceleration rate of 5 seconds. But the Camaro SS has a cost-per-second insurance rate of $324, compared to $687.35 for the ZR1. That means you’ll pay 112 percent more for car insurance to shave 1.6 seconds off your acceleration time with the ZR1. That’s on the verge of being obscene!

You’re moving much too fast

Our study found that the Ford Mustang GT two-door coupe and the Mercedes C63 AMG each have a 0-to-60 acceleration rate of 4.3 seconds. The Mustang GT has an average cost-per-second insurance premium of $401.40 compared to $633.02 for the C63. That means the Mercedes owner pays 58 percent more per second of acceleration time.

Whichever fast car you choose, honey you’ve to slow down, because if you don’t you’re gonna run your little car right into the ground.

Insure.com commissioned a study from Quadrant Information Services that calculated the average premiums for a male driver (see full profile below) using car insurance rates from six large carriers (State Farm, Allstate, Progressive, GEICO, Farmers and Nationwide) in 10 ZIP codes per state. Not all models are available for calculating average rates, especially some exotic cars. We took the vehicles with eight or more cylinders and collected their acceleration times, and used only models that go from 0 to 60 mph in 5 seconds or less. We then calculated a ratio of insurance premium to acceleration times.

Averages are based on a single 40-year-old male driver who commutes 12 miles to work each day, with policy limits of 100/300/50 ($100,000 for injury liability for one person, $300,000 for all injuries and $50,000 for property damage in an accident) and a $500 deductible on collision and comprehensive coverage. He has a clean driving record and good credit. The rate includes uninsured motorist coverage. Average rates are for comparative purposes; your rate will depend on your personal factors.

See the average insurance costs for all 2011 models.