Buy one of 2015’s lowest-priced cars and you’ll not only save a bundle at the showroom, but you may pay lower car insurance rates.

That’s according to a new analysis by Insure.com, which looked at costs for full coverage on more than 1,500 models. Insuring one of this year’s 10 least expensive models means a savings of 14 to 24 percent over the average annual insurance bill for 2015 vehicles, which stands at $1,555.

“These are all inexpensive cars that are typically bought by people that need ‘high-value’ transportation. So, anything they can save — even $100 a year on insurance — can be important,” says Scott Oldham of car-shopping site Edmunds.com.

Kelsey Mays of Cars.com adds that small models typically have such low residual values after a few years that savvy owners can simply drop comprehensive coverage and pay for things like fender-benders out of pocket.

“You can easily self-insure (for vehicle damage) and just have liability coverage,” he says. “That’s often not the case with bigger cars.”

Cheaper, yes, but cheapest? No

Surprisingly, Insure.com found that only one of 2015’s lowest-priced cars also made the list of 2015’s least expensive models to insure. That list is otherwise stacked with small crossovers and minivans.

“The typical SUV or minivan driver is older and more careful, and fewer claims mean lower rates,” says Robert Beaupre, managing editor of Insure.com. “It’s not just your driving record that matters. It’s the driving record of everyone who insures that model.”

Read on to see how much the lowest-priced 2015 models cost to insure, starting with the 10th least-expensive — as well as what you’ll pay to cover one model that costs a little more but boasts lower rates than any car on this list. 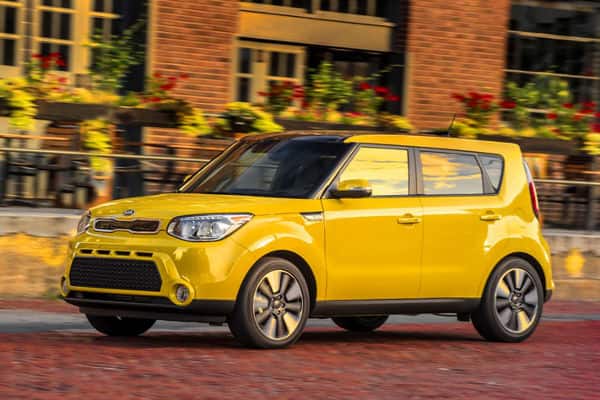 The crossover combines a modest price with lots of millennial-friendly features, from standard iPod connectivity to optional streaming Internet radio.

That said, the base Soul’s 130-horsepower engine offers a so-so 24 mpg fuel efficiency rating in the city and 30 mpg on the highway. 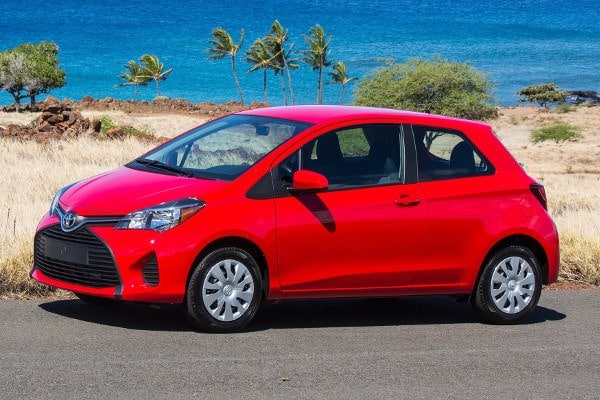 The base model also offers a fuel-sipping 30 mpg/city and 37 mpg/highway, thanks to its modest 106-horsepower engine.

“The Yaris isn’t really a standout in its class, but it does provide reliable, fuel-efficient transportation,” Oldham says. 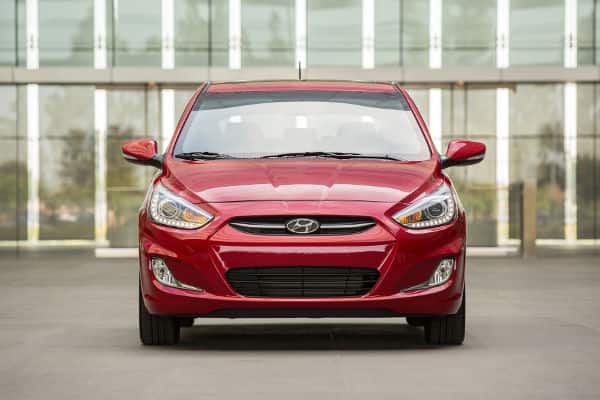 Covering the small Hyundai will cost you $1,352 a year, but Oldham says the relatively roomy model offers “a lot of car for the money.” 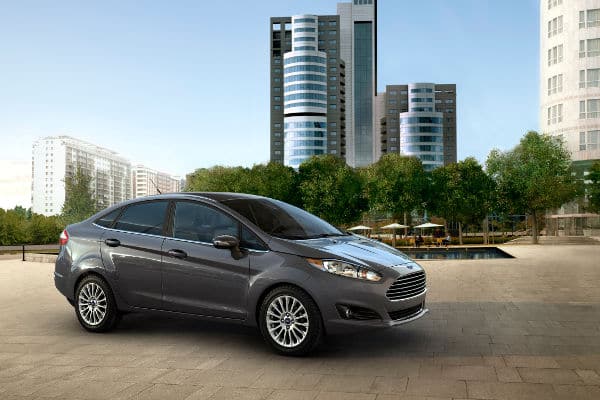 The Ford Fiesta subcompact costs $1,275 a year to insure and comes with some upscale amenities, from voice-activated controls to a six-speaker sound system. Entry-level Fiestas also have a 120-horsepower engine that gets a respectable 28 mpg/city and 36 mpg/highway.

“The Ford Fiesta has unique styling, a bit of a sporty nature — and it’s fun to drive,” Oldham says. 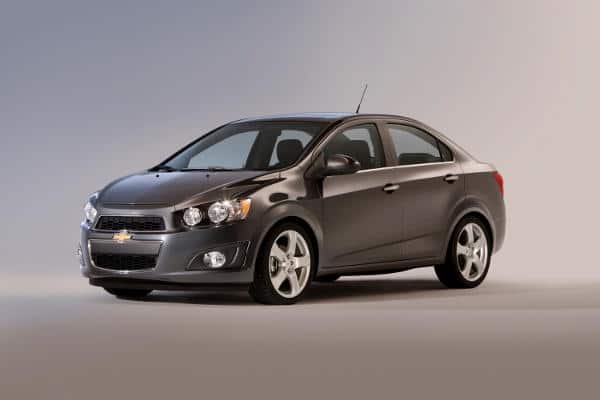 Entry-level versions of the Chevrolet Sonic costs $1,274 a year to insure and also come with 4G LTE WiFi and other impressive features.

“The Sonic is a high-quality vehicle,” Oldham says.

On the downside, the model’s 138-horsepower engine offers only 26 mpg/city and 35 mpg/highway. 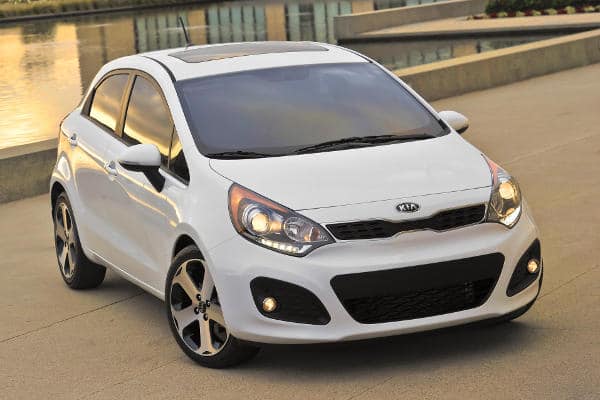 The Kia Rio gives a choice: sedan or hatchback for the same price. There’s a small difference in insurance rates though. You’ll spend $1,347 a year insuring the sedan version or $1,323 covering the hatchback. The base Rio’s 138-horsepower engine also comes in at a reasonable 27 mpg/city and 37 mpg/highway.

“The Rio is a very attractive car,” Oldham says. 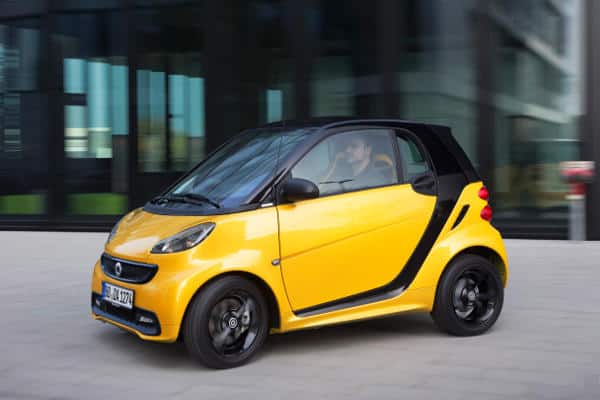 A Fortwo is perfect for you if you like to save money, because insuring one will run you only $1,186 annually.

That makes the Fortwo the only 2015 model sold in America to make both the lowest-MSRP and lowest-premiums list.

On the downside, base Fortwos combine scant interior space with amenities so spartan that even cruise control costs extra.

“The Fortwo is neither the most practical vehicle nor the best-driving option among low-priced cars,” he says. 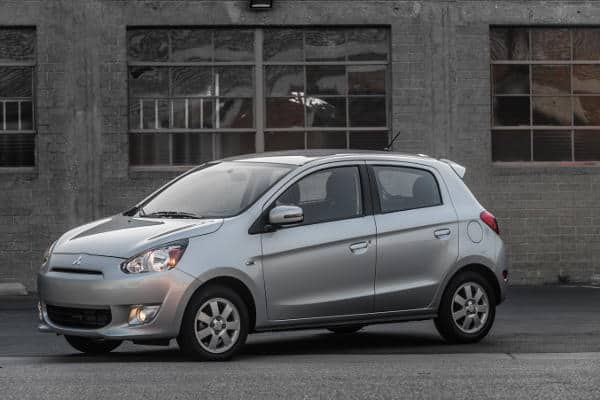 Entry-level versions of the smallest Mitsubishi cost $1,265 a year to insure and also come with some features rare for bargain 2015s, from power windows to a rear spoiler. The Mirage’s 74-horsepower engine also gets an impressive 34 mpg/city and 42 mpg/highway.

Still, Edmunds gives the car a rare “D” grade for overall value. “We just don’t quite like the way it drives,” Oldham says. 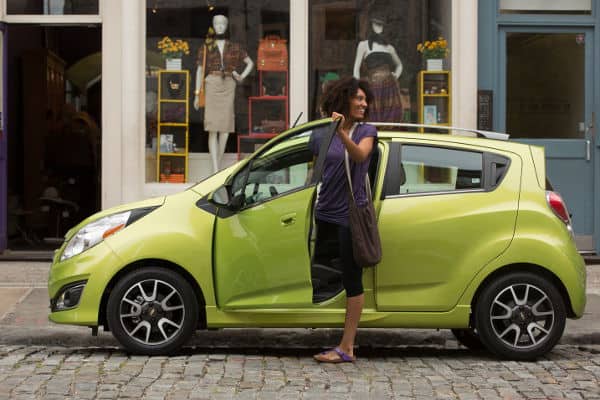 The Chevrolet Spark – even smaller than its big brother, the Sonic – costs $1,206 to insure annually, and the Spark’s 84-horsepower engine offers good fuel efficiency at 31 mpg/city and 39 mpg/highway. The small hatchback also comes standard with some impressive amenities for its price, like four doors instead of two.

“The Spark is a high-value vehicle,” Oldham says. 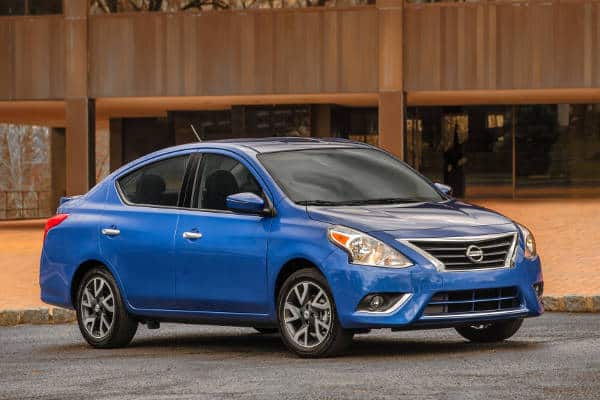 The subcompact Versa also offers an impressive amount of interior space, while the model’s 109-horsepower engine produces 27 mpg/city and 36 mpg/highway.

“The Versa is a good overall package,” Oldham says. 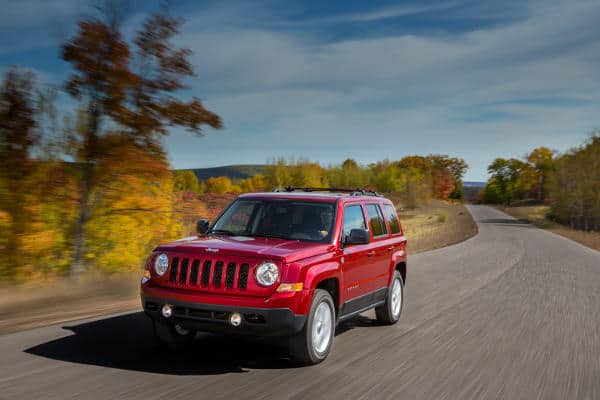 One more to consider: Jeep Patriot

The Jeep Patriot costs about $5,000 more than a Nissan Versa but runs $175 less per year to insure. Buy one of these small crossovers and you’ll spend just $1,136 annually for coverage.

Patriots also provide some 20 percent more space than Versas do, as well as 158 horsepower (49 more than what the Nissan offers).

While an entry-level Patriot only offers a fair 23 mpg/city and 30 mpg/highway, Oldham says the model “shows why you should always look into insurance costs with any vehicle in any class. The more-expensive vehicle might be less expensive to insure.”

Beyond the bottom line

You probably shopped at more than one car dealership when you bought your last new ride.

While the vehicle model is one factor in how much you pay in premiums, there are numerous others, and not all carriers weigh them the same way when calculating rates. The cost differences between companies over the life of a car can be hundreds — or even thousands — of dollars.

Getting a few car insurance quotes can help ensure you don’t overpay for coverage on your new vehicle. After all, it makes no sense to choose one of today’s least expensive cars only to blow your savings on costly premiums.