Luxury sedans generally aren’t cheap to buy, but buyers of some models may be pleasantly surprised when they get their first insurance bill.

According to a new Insure.com analysis, some well-appointed sedans come with insurance costs up to 20 percent below the average annual premium for all 2015 vehicles ($1,555).

Why do these cars cost less to insure than other, more modestly equipped vehicles? In part it’s because car insurance rates are tied closely to your model’s history of insurance claims — a helpful thing when careful drivers favor your type of vehicle.

“These are expensive sedans that are probably bought by older, more mature drivers, and I think that (reduces) their insurance rates,” says Scott Oldham, editor-in-chief of car-buying site Edmunds.com. “You’re not going to see a lot of teenagers driving these models around.”

Robert Hartwig, president of the Insurance Information Institute, says luxury models can have surprisingly low premiums for several reasons, including:

“All of these factors can contribute to below-average insurance costs,” Hartwig says.

Read on to see five 2015 luxury sedans that come with better-than-average annual premiums, according to the Insure.com analysis. All of them are cheaper to insure than, for example, the humble Mitsubishi Lancer SE.

(Unless otherwise noted, all premiums, amenities and manufacturer’s suggested retail prices refer to each model’s base trim line. The insurance premiums are a national average; your state may be more expensive or less.)

The IIHS rates the $35,190 MKZ as a Top Safety Pick, meaning it’ll likely perform well in a crash — which is partly why the model enjoys low insurance costs.

Beyond modest premiums, Oldham says the Lincoln scores high marks for active-suspension and noise-canceling systems that team up to produce smooth, quiet performance. “The MKZ rides very well and is quite refined,” he says.

Base models also come with a long list of upscale features, from heated seats to an 11-speaker stereo. Under the hood, the MKZ sports a 240-horsepower four-cylinder turbocharged engine. 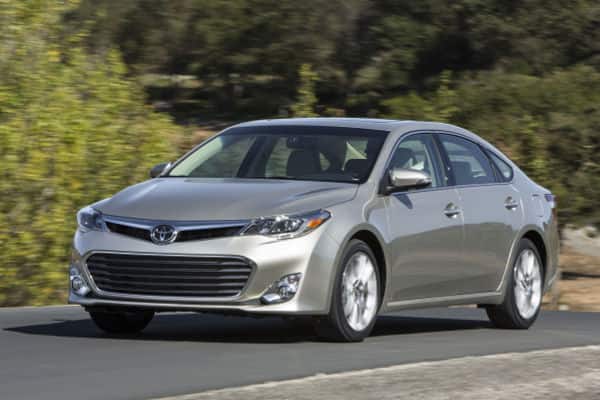 The Avalon not only rates as an IIHS Top Safety Pick, it’s also the only low-premium luxury 2015 sedan to garner an “A” grade from Edmunds editors. Additionally, it’s one of just two luxury four-doors with ultra-low premiums to make Edmunds’ Top Recommended Sedans list.

“The Avalon is one of the best full-sized sedans on the market,” Oldham says. “We think it has a very good combination of style, comfort, a large trunk, a lot of engine power and good fuel economy.”

The Avalon Limited comes standard with a back-up camera, a JBL premium stereo and other upscale amenities. Mechanically, it features a 268-horsepower V-6 engine. 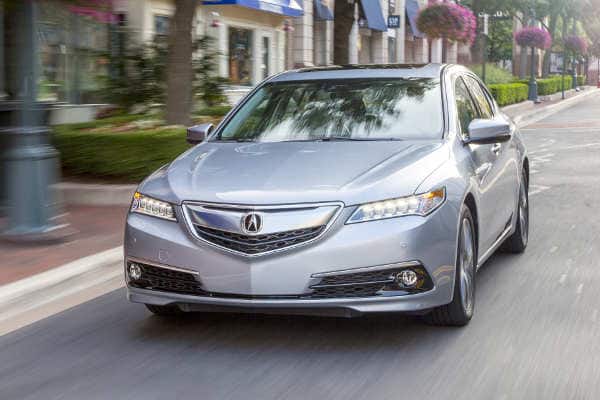 An all-new model, the TLX also gets an IIHS Top Safety Picks Plus rating, which means the car not only has excellent crash-test results, but gets extra credit for its optional collision-warning and automatic-braking systems.

Entry-level TLXs have a wide variety of upscale amenities, from a sunroof to a seven-speaker sound system. Base models offer a 206-horsepower four-cylinder engine — that’s what the premium above is based on — but the 290-horsepower V-6 option bumps the average annual premium to $1,530, which is still better than average.

“The TLX is a luxurious vehicle that comes packed with technology and lots of features for the money,” Oldham says. 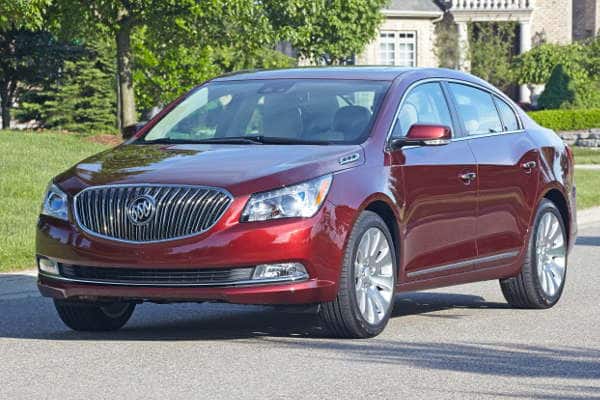 Buick’s flagship sedan combines style and comfort with low premiums and a relatively affordable price — $31,065 for the entry-level LaCrosse 1SV and $39,970 for a top-of-the-line Premium II.

“We think the LaCrosse is a very well-rounded large sedan,” Oldham says. “It pampers its occupants, it drives well and its V-6 engine (standard on most trim lines) has plenty of power.”

The LaCrosse Premium II also has lots of luxuries, from 4G LTE WiFi connectivity to an 11-speaker Bose audio system. Its V-6 power plant puts out a very respectable 304 horsepower. 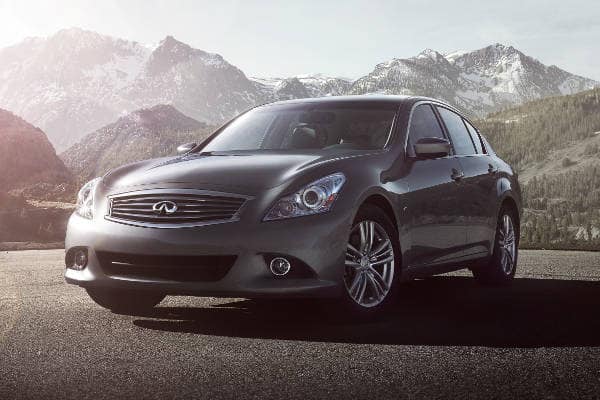 Another new model for 2015, the Q40 mixes a relatively modest $33,950 starting price with tiny insurance premiums.

That’s partly because the Q40 is basically a 2013 Infiniti G37, back after a one-year hiatus. Oldham says Nissan — the owner of Infiniti — replaced the G37 in 2014 with the Q50 sedan, but decided to revive the less-expensive G37 this year under a different name.

“The Q40 represents a high value for shoppers,” the Edmunds expert says. “But it’s also an older design, so it’s not as compelling as some of its up-to-date competition.”

All Q40s come with leather upholstery, a six-speaker audio system and other luxury accoutrements. The model also features a 328-horsepower V-6 engine.

As the varied list of cars above suggests, it’s not necessarily easy to look at a group of similar autos and find the cheapest ones to insure.

“You can’t typically see the factors that help a car attract low insurance rates,” says Robert Beaupre, managing editor for Insure.com. “The real indicators are often buried in insurers’ actuarial tables, so the only way to know what kind of insurance costs you’re facing is to do your homework by getting quotes before you hit the dealer.”

To see average insurance rates for the 1,500 2015 vehicles in Insure.com’s database — including rates specific to each U.S. state — visit its insurance rates by model tool. The page also contains details on how Insure.com collected the average rates listed above.

All the vehicle prices above refer to July 2015 manufacturer’s suggested retail pricing for a given model’s indicated trim line, excluding options, rebates and destination fees. Rankings omitted some similar trim lines of the given model, and not all photos shown are of the exact trim level mentioned.