The dog is in no danger of losing its reputation as man’s best friend, but modern burglar alarms are giving Fido a run for his money in the field of home protection.

Many law enforcement and security professionals view watchdogs as less effective than electronic security systems. The automated systems may not be able to play fetch or sit in your lap when you watch TV, but they can provide 24/7 surveillance at the flip of a switch. With add-ons like multiple motion sensors and security cameras, they appeal to homeowners who want to protect their possessions without the hassles and responsibilities of pet ownership 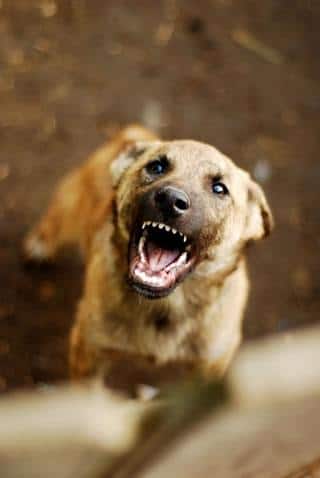 “I would say your well-installed alarm probably is better than a dog,” says Sgt. John Delaney, a spokesperson for the police department in Springfield, Mass. “There are people out there who break into the house and they steal the dog, too. A lot of dogs, if they are not Dobermans or German Shepherds that go after strangers, more than likely will cower in a corner. The alarm company will never cower away.”

Tilting the scale toward alarms

Robert Siciliano, a home-security expert with ADT.com and the owner of a 70-pound German Shepherd, says a well-trained watchdog can be a very effective deterrent to intruders when used in conjunction with an electronic alarm system.

“A dog by itself is good, but a dog with an alarm is much better,” he says. “If I had to choose one, I would probably go with the alarm system.”

“Alarm system credits are very common in the industry, the percentage ranging from 5 percent to as much as 25 percent on your home insurance premium,” Morales says. “It depends on the system you have. There are some where the alarm sounds locally and some that are actively monitored or hooked up to signal the police and fire department. At MetLife, our discounts do go up to the 24 percent range.”

In contrast, MetLife offers no discounts to homeowners with watchdogs. Insurers worry that large dogs could become liability risks by biting neighbors and visitors to the home. Depending on your dog’s breed, a pooch might even raise your home insurance rates.

If that isn’t worrisome enough, some insurers keep lists of breeds that are perceived as aggressive and that they will not insure. Here’s more on home insurance for dog owners.

When you use a watchdog for home protection, “you are introducing a liability risk that would not have existed if you only had an alarm system,” Morales explains.

“The bottom line is that a dog bites, an alarm doesn’t,” says Peter Moraga, spokesperson for the Insurance Information Network of California. “Although we don’t have any credible statistics about the difference in burglaries based on if the home is protected by an alarm versus a dog, insurers feel it’s better for homeowners to get an alarm. Dogs should be for the family’s pleasure.”

Sol Katz, a dog trainer in Florida, says while dogs definitely have their place in security work, keeping an aggressive animal that is capable to repelling an intruder can be risky. He compares it to leaving a loaded gun on the table. “If you are not paying attention, it could be a lethal weapon.”

The field of home security is very competitive. Although an elaborate security system may cost more than $1,000 to install, some security companies will install a basic system with motion detectors for free if you sign up for monthly monitoring.

Most basic packages include a keypad for locking and unlocking the system, an indoor motion detector and several door monitors. Advanced systems may include video surveillance, flood and fire detection, and remote-control access to the system. Monitoring costs are typically about $1 per day, says Shandon Harbour, president of SDA Security Systems Inc. in San Diego.

Expect a dog to cost more.

According to the American Society for the Prevention of Cruelty to Animals (ASPCA), the average cost of basic food, supplies, medical care and training for a dog is between $700 and $875 per year.

Paying a dollar per day for a security system “is a very low investment, especially if you are getting a discount from your homeowners insurance,” says Harbour. “A dog needs care and feeding, walks, vet bills. It is another level of responsibility. For those who travel quite a bit, that is not a realistic solution. You are taking a dog to a kennel or you are paying a house sitter. If you put the dog in a kennel, it removes all of your security.”

For some canine advocates, watchdogs are well worth all the trouble and added expense. In addition to loyalty and companionship, watchdogs have the advantage of being on the scene when home break-ins occur. You don’t have to wait for an alarm company dispatcher to call the police, says Richard Weinblatt, a former police officer and police academy instructor who now works as a consultant in Orlando, Fla.

Experienced burglars know they have several minutes to complete their robberies before help arrives if they trip an electronic alarm, he says. If you have a dog in the home, its response is immediate.

“I am not saying I don’t like burglar alarms,” he says. “I would pick the dog over the alarm if I had to choose between the two, but I would rather have both.”

There are ways to get the benefits of having a watchdog without actually owning one, says Weinblatt. For a few bucks you can post “Beware of Dog” signs around your home. Simply planting the idea in the mind of a burglar that there may be a dog on the other side of a door or fence often will lead them to choose another home to rob, he says.

“We hear from time to time of home invasions, but the average, run-of-the-mill burglar, they want to go where there is nobody home, and that would include Fido.”

Another trick is to get a large bowl, paint an intimidating name on it like “Spike” and leave it on your front porch, along with a large choke chain. If you desire more realism, there are burglar alarms that sound like barking dogs. According to its advertising, The Rex Plus Barking Dog Alarm “barks just like a real German Shepherd. The startlingly realistic barking is guaranteed to frighten off any burglar.”

Siciliano says he still prefers the real thing. Alarms may be more effective, but they won’t lick your face when you come home.

How to file a successful mold claim By Mark Vallet
Get instant quotes now !