How climate change is increasing your insurance rates 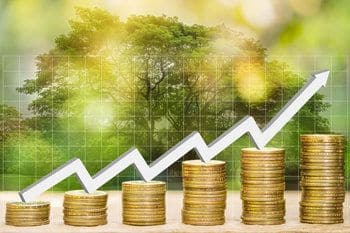 Climate change isn’t just affecting temperature and weather. A growing number of policymakers, advocates and experts predict that extreme weather will lead to higher costs for home and flood insurance.

Some experts are even warning that the effects of climate change will ultimately make home insurance and flood insurance unaffordable for many Americans.

“As insurance rates rise commensurate with increasing risk related to weather hazards and property taxes rise to cover the costs of climate mitigation and adaptation, real estate values for properties in vulnerable areas will fall,” said Donna Childs, author of the book “Prepare for the Worst, Plan for the Best: Disaster Preparedness and Recovery for Small Businesses.”

“The insurance premiums and property taxes for these properties become higher,” Childs said.

Daren Blomquist, senior vice president at ATTOM Data Solutions, said in a statement that natural disaster risks have affected home prices. Blomquist said home price appreciation was double for the U.S. housing market compared to cities with the highest flood risk over the past decade. It’s been triple compared to cities with the highest hurricane surge risk.

“The broader market has also outperformed appreciation in cities with the highest wildfire risk during the last decade, although the gap is much narrower,” Blomquist said.

Many insurance experts consider climate change as one of the most pressing issues. That concern will lead to higher insurance costs for homeowners.

Here’s why: Insurers base their costs on risk. The riskier the property, the more an insurer charges.

“It could limit coverage availability in vulnerable areas that have not taken appropriate mitigation/adaptation measures,” warned Childs, founder and CEO of Prisere, LLC. Prisere develops software applications and provides technical assistance and training for climate and disaster resilience.

Todd Teta, chief product officer at ATTOM Data Solutions, which curates a property database, was recently affected personally when an insurer rejected him for a homeowners policy in California. The reason: A risk of wildfires.

Teta said the community suffered a small fire three years earlier, but no structures were destroyed. However, the insurer was still concerned about potential risk.

“Insurance companies are outright rejecting entire ZIP codes because of wildfire risk, even in areas they previously wrote policies in,” Teta said.

One likely byproduct of climate change is more forest fires. The Center for Climate and Energy Solutions said research shows that climate change, particularly earlier snowmelt, lead to hot, dry conditions and more fire activity in the summer. The U.S. Department of Forest Service forecast that one average annual one-degree Celsius increase would increase the median burned area by as much as 600% in some forests.

Munich RE , a Munich, Germany-based reinsurance company, said in a recent report that “man-made climate change” is leading to a rise in wildfire risks and major loses in California. Munich Re said the largest wildfires in the Golden State since the 1930s have happened since 2000.

“ The same period also experienced the most years with exceptionally high temperatures and unusually dry conditions,” Munich Re said.

On Nov. 8, 2018, the “Camp Fire” broke out in Butte County, California, and became the “deadliest and most destructive fire on record in the state.” At least 88 people died, roughly 153,000 acres burned and 18,800 structures were destroyed. The Insurance Information Institute (III) estimates that insured losses from the fire will ultimately reach between $8.5 billion and $10.5 billion.

The vast majority of natural disasters in the U.S. are tied to flooding. The Federal Emergency Management Agency (FEMA) estimates that percentage at about 90%.

There’s disagreement about whether climate change is leading to more flooding. The Natural Resources Defense Council (NRDC) recently said that it’s tricky to connect the effects to flooding. However, the Intergovernmental Panel on Climate Change noted in its special report on extremes that it’s becoming clearer that climate change “has detectably influenced several of the water-related variables that contribute to floods, such as rainfall and snowmelt.”

Flooding has doubled in a matter of decades, including in the Mississippi River Valley, Northeast and Midwest, reported the NRDC.

Flooding also complicates things when it comes to insurance. Home insurance doesn’t usually cover flooding damage. Instead, you need a separate flood insurance policy for flooding that comes from outside your home.

You may think that avoiding coastal areas and flood zones will protect you from flooding. That’s not the case. III reports that 20% of flood claims come from low to moderate flood-risk areas.

“Recovering from just one inch of water inside your building can cost about $27,000,” said Janet Ruiz of the III.

Here’s how flooding claims have increased in recent years.

Tornadoes and hurricanes and climate change

Whether tornadoes and climate change are connected is in dispute, according to the Center for Climate and Energy Solutions .

The group said measurement relies on eyewitness accounts and assessment of the damage rather than quantifiable data. Still, the U.S. reportedly experiences more tornadoes than any other country and accounted for nearly 40% of insured catastrophe losses from 1997 to 2016, according to a report from Verisk’s Property Claim Services.

III said that there were 1,169 tornadoes in 2018. The states with the most tornadoes were:

Meanwhile, the Center for Climate and Energy Solutions said some areas, such as the North Atlantic, have seen more hurricanes over the past three decades. Scientists predict Category 4 and 5 hurricanes will increase in the coming years, though the overall number of hurricanes may decrease.

“ Although scientists are uncertain whether climate change will lead to an increase in the number of hurricanes, warmer ocean temperatures and higher sea levels are expected to intensify their impacts,” noted the Center for Climate and Energy Solutions.

A handful of especially destructive hurricanes have hit the Gulf Coast and eastern seaboard over the past decade.

Depending on an area’s risk, hurricane deductibles are a percentage of the home’s insured value. It’s usually between 2% and 5%, but Florida allows insurers to charge up to 10%.

Whether your home policy covers you for hurricane damage depends on the fine print. You may need to get a windstorm rider to cover hurricane damage, such as lost siding and shingles or shattered windows.

Your homeowners insurance won’t help you if rising water damages your home. However, you will likely get supported if the water damage comes from above and through your damaged roof.

How to combat climate change and insurance rates

“For example, when I purchased my home, the land on the western side slopes downward at a 30-degree angle and the basement windows are flush with the ground, with the result that water would come downhill, creating the risk of water intrusion into the basement,” Childs said.

Childs said she trenched this area and inserted a serrated pipe that connects to the sewer system. The pipe has holes on the top and is covered with stones so that when water flows downhill it passes over the stones into the stones and is carried away from the home into the sewer. She also made a significant energy retrofit that reduced her utility bills by 40% and also protects against the risk of extreme heat.

Childs said homebuyers should factor in climate risks when purchasing a home, including figuring out whether to buy flood insurance. That includes even if you’re not in a high-risk area.

Here are some things to think about when buying a home:

You can’t completely protect against climate change-related weather damage. However, by taking precautions and knowing exactly how you’re covered, you can do your best to combat later problems.