It’s not your fault that you’re to blame

Figuring out whose insurance company will foot the bill for a fender bender can be fairly straightforward. In a rear-end collision, the driver doing the rear-ending typically is deemed 100 percent responsible for the accident. His or her insurance company pays the accident victim’s bills, up to the policy’s limits.

But the claims process gets a lot more complicated when fault is up for debate.

“Once a loss is reported, the companies conduct a full investigation into the accident,” says Anthony Noviello, assistant vice president for amica mutual Insurance Co. 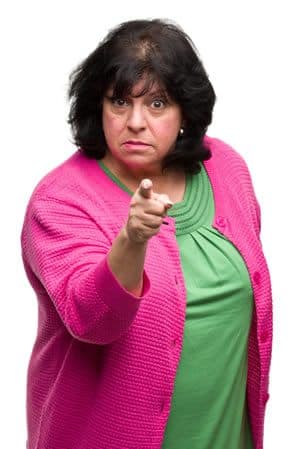 These investigations are conducted in tandem. If both drivers are covered by the same insurance company, two separate investigations still will be made. Each one typically includes interviewing drivers, passengers and potential witnesses. Investigations also may involve visiting the scene of the accident, reviewing police reports and examining the cars in question.

The aim is to determine what percentage of fault will be assigned to each driver. Once these percentages are set, insurance coverage is allocated in accordance with the state’s applicable comparative negligence laws, Noviello says.

Some states implement pure comparative negligence laws, which essentially allow you to recover some damages from the other person’s carrier even if you have been assigned the majority of the blame. These damages, however, are reduced by your percentage of fault. For instance, if you are deemed 70 percent responsible for an accident, you can only recover 30 percent in damages from the other person’s insurer.

Other states follow modified comparative negligence laws, which allow you to recover damages only when you’re not taking the majority of blame. In most of these states, “if you’re deemed 51 percent or more at fault, you’re barred from recovering damages against another person’s carrier,” Noviello says.

Here are tips on what to do after a car accident.

There’s always a chance the two insurance companies won’t agree on who is to blame or how to assign partial fault. When this happens, most companies utilize a process known as intercompany arbitration. This means the adjusters agree to appear before a panel, typically comprised of claims representatives from other companies, to resolve the dispute.

“Based on the evidence presented, [the panel] makes a logical evaluation of who is at fault,” says Stuart A. Carpey, a Pennsylvania-based personal injury and trial lawyer.

This panel’s decision is binding.

Arbitration generally is only binding as it applies to property damages. You can still negotiate with a claims adjuster over payment terms regarding personal or catastrophic injuries.

If you ultimately don’t agree with the arbitration decision or cannot come to terms with the adjuster, you can decide whether to seek legal representation.

A personal injury lawyer may be able to negotiate a settlement between you and your insurance company regarding the payment of medical bills or other compensation, such as days you missed work or pain and suffering. He or she can also represent you if the dispute goes to court.

Here’s what to do before you sue your insurance company.

What a difference a state makes

According to the Insurance Information Institute (III), 12 states and Puerto Rico have no-fault insurance laws that allow you to recover certain financial losses from your insurance company, regardless of fault. Such laws attempt to minimize insurance fraud by limiting your ability to recover damages from the other party’s carrier.

Partial-fault claims outside of these limits and property-damage claims still are handled through intercompany arbitration, through a lawyer or by going to court.

The III offers an overview of no-fault auto insurance.

What do of you are in an accident

If you get into an accident, it’s important to follow proper protocol. This includes exchanging insurance and contact information with the other driver or drivers, taking photos of the vehicles, gathering contact information from witnesses at the scene, and filing a police report.

It is important to complete all of these steps immediately since “witnesses move, memories fade, vehicles get sold,” says Gregory L. Bentley, a California-based attorney who specializes in insurance bad-faith issues and catastrophic-injury claims.

You should notify your insurer immediately following the accident.

Insure.com’s car insurance basics article explains what you need to know about auto policies to make sure you are adequately insured.

Can you switch car insurance after an accident?
What to do after a car accident that's not your fault
You crashed a what?!
Friend crashes your car: What happens if someone else crashes your car
Are you entitled to brand-name car repair parts? Know your rights
Why your insurance company has to pay for your illegal acts
How much will my insurance go up after an accident?
What to do after a car accident
Best and worst vehicles for preventing passenger injuries
"Diminished value" car insurance claims get the wrecking ball
How to make a car insurance claim for a hit-and-run accident
In over your head: What happens if accident damage exceeds your car insurance?
How to avoid problems with salvaged vehicles
Auto direct repair programs reduce headaches
See more >