Protecting your auto insurance settlement from your health care provider

Being injured in a car accident is terrifying, but what happens afterward can be even more frightening. Hospitals, doctors and even employers often try to recoup losses that occur when health insurance doesn’t cover the whole bill. And you guessed it: They may come after you, the patient, for that money.

If your injuries result in a financial settlement from an auto insurance company, you may be forced to use that money to pay the difference between what your medical care cost and the amount your health insurance company reimbursed the provider for treatment.

As health care costs continue to soar, this process of benefits recovery — also known as balance billing –is becoming more common, even though courts in some states have ruled it illegal. 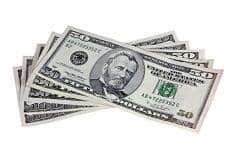 Balance billing happens like this: You or someone on your health insurance policy is injured in a car accident. You receive care for your injuries at a hospital, where you note on your admissions forms that you were in a car accident. Health maintenance organizations (HMOs) often negotiate discounts with hospitals, which might mean that your health insurance pays far less for your treatment than the hospital’s recorded costs. This shortfall triggers the hospital to put a lien against any possible liability settlement you may receive as a result of the accident.

One of the more unsettling cases happened in 2007, when Walmart successfully sued an insured employee whose car was hit by a semi-truck, leaving her with brain damage and permanently in a wheelchair. According to an article in the Wall Street Journal, the woman received a settlement of $417,000, after attorney fees and expenses, which her husband planned to use for her care. But when Walmart sued for recovery of $470,000 it had made in medical payments, a judge ruled for the retailer.

Walmart’s health insurance coverage, like many companies, allows the company to recoup the medical expenses it paid if the person receives a settlement in an injury suit. The judge agreed, and the woman and her family lost its settlement.

Not everyone receives an injury settlement, but hospitals and physicians argue they still have the right to collect what isn’t paid by heavily discounted rates. Cheryl Fish-Parcham, deputy director of health policy for Families USA, a national non-profit, non-partisan organization that advocates for affordable health care, says that while there have been changes over the past decade in state laws, it’s the consumer who needs to be aware of the risks of balance billing.

“It’s still a prominent practice, but some states do have laws that can help consumers,” she says. “It also depends on your health insurance, however. For instance, if you are on Medicaid, you shouldn’t get balance-billed.”

While almost every state bans in-network providers from billing for more than the co-pay or co-insurance payments, if you’re an HMO member and you go out of network for treatment, you could receive a bill for the non-negotiated portion of your care. But many states are trying to mitigate balance billing, and some have outlawed the practice entirely.

In 2009, the California Supreme Court ruled against balance billing, saying hospitals cannot charge patients if their HMO doesn’t pay the full bill a hospital requires for emergency services. Hospitals and physicians have argued that the “reasonable fees” HMOs are required to pay rarely come close to the money they lose when a patient comes in for emergency care using a non-contracted HMO.

In Colorado, patients can’t be held responsible for overages, although the law doesn’t specifically state that providers can’t balance bill. But if they do, the state does require the Managed Care Organization (MCO) to either pay the bill or resolve the charges, according to a study by the California Healthcare Foundation.

Other states are enacting laws as well. Balance billing has been outlawed by the Maryland Attorney General and cases have been heard in Texas and Wisconsin which favored the patient who was balance billed. In Smallwood v. Central Peninsula General Hospital, the Alaska Supreme Court ruled that a patient can sue a hospital to prevent it from improper billing.

How to protect yourself

If you’re on Medicaid and receive a bill for more than your co-pay, you need to appeal it, says Fish-Parcham. Under federal law, Medicaid providers are required to accept Medicaid as payment in full and can bill for co-payments only.

You also aren’t liable for extra charges if your health insurance and the hospital or doctor have an agreement on how services will be paid. This doesn’t mean an injury settlement can’t be used, however. You may need to give some of it to your HMO or health insurer if it paid for your medical treatment. Plus, your coverage contract, like the one Walmart uses, could allow your health insurer to seek payment if you’re awarded a settlement.

“Consumers should check with their state insurance department to see if balance billing is allowed,” Fish-Parcham says.

If you do receive a bill for services you thought were covered and your state doesn’t protect you, Fish-Parcham advises consumers “to be aware there are cases around the country where, when services occur out of network, the insurance plans used a flawed database to determine what’s ‘reasonable and customary’ as far as rates go. You may be able to appeal the amounts you’re being billed.”