For the terminally ill, a living benefit (also called an accelerated death benefit, or ADB) can be a saving grace.

A living benefit is a rider that can be added to a life insurance policy, either at the time of purchase or after. It allows terminally ill patients to access a portion of their life insurance proceeds before death.

Living death benefits have been around since the 1980s, when they were first offered to HIV/AIDS patients. Since that time, the option of a living benefit has expanded to include a number of terminal illnesses such as cancer, stroke and kidney failure. 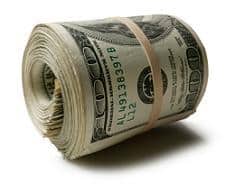 Proceeds from a living benefit are deducted from the life insurance policy’s face value and can be received either in a lump sum or in monthly payments. Depending on the life insurance company, the benefit is often automatically included in an insurance policy at little or no cost. It can also be added later. The policyholder can use the benefit for anything, including paying off medical debt, starting a college fund for a child or taking a once-in-a-lifetime vacation.

According to the U.S. Department of Health and Human Services, you can access a living benefit when:

How much will you get?

Living benefits typically pay out 50 to 80 percent of the policy’s face value, according to the Illinois Department of Insurance. Some states allow insurance companies to also pay living benefits to policyholders who may not be “terminally ill” but who have certain medical conditions. For example, in Illinois, life insurers can pay up to 75 percent of the policy’s face value for people with heart attack, Alzheimer’s disease or organ transplants.