The 5 most terrifying life insurance words

Certain words signal trouble ahead when they apply to your life insurance policies.

Here are some of the worst words that can be connected to your coverage — and what you can do about it.

If you apply for life insurance and are declined, it will likely be even tougher to get approved in the future.

“It is a red flag,” says Ernie Rongish, an actuary and vice president of life and annuity product performance at Mutual of Omaha. “We would want to know the circumstances around that.” 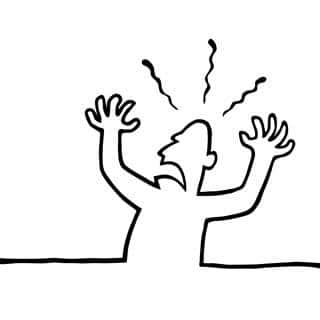 Curt Lundquist, a life insurance manager at Allstate, calls a decline “a pretty serious result” and one that is likely to be repeated.

Rongish says that once you are turned down for a policy, life insurance companies that later approve your application may rate you as “substandard” and charge you a higher premium.

Still, there is hope, says Marvin Feldman, president and CEO of the nonprofit Life and Health Insurance Foundation for Education (LIFE) in Arlington, Va. “A declination doesn’t mean a declination from all companies. Every company underwrites differently.”

For example, Feldman says one carrier may charge an applicant with heart disease more than others would. He recommends seeking help from an insurance agent or impaired-risk specialist who can help guide you toward insurance companies more likely to approve your application.

“They know where to go and what questions to ask,” he says.

Failing to pay your life insurance premiums on time could lead to a lapse in coverage. And once your coverage lapses, it may be difficult to reinstate the policy.

Typically, a life insurance company gives customers a grace period of 30 or 31 days after a due date has been missed before a policy will lapse, Feldman says. So if you’re a couple of weeks late on a payment, check the details of your policy’s grace period and get that payment in ASAP.

“Pay the premium within the grace period according to your policy and it will be back in good standing,” Lundquist says.

If your lapsed policy cannot be reinstated, you will need to apply again and there’s no guarantee that you will be approved, says Rongish. “It wouldn’t be automatic.”

Benjamin Blakeman, a Los Angeles-based attorney who handles life insurance and investment cases for consumers, advises you to do everything you can to avoid lapsing a policy.

“Beg, borrow and steal money to pay a life insurance company,” Blakeman says. “You have to prove you’re insurable after a policy lapses.”

You may be at a loss about where to try to find a relative’s missing life insurance policy.

“You actually have a lot of options,” says Feldman.

He recommends using the clickable map from the National Association of Unclaimed Property Administrators for tracking down the contact information for government unclaimed programs in each state and visiting MissingMoney.com to conduct a free, multi-state search for unclaimed life insurance policies.

Another option is using MIB Solution’s policy locator service, which charges $75 to search its database of life insurance application records in its database.

Here’s more on how to find lost life insurance.

Some families grieving the sudden, unexpected shock of a loved one’s suicide may receive a second shock when they attempt to collect death benefits from the deceased’s life insurance policy.

“Generally, the rule is if you commit suicide within two years of getting a policy, the company won’t pay,” Blakeman says.

Most people aren’t aware of the two-year provision regarding suicide in life insurance policies, Feldman observes.

“If someone commits suicide within the first two years of the contract, the contract is null and void,” Feldman says. “After two years, it pays the full benefits just as death from any other cause.”

If you want to get out of a permanent life policy without just walking away from your investment, you can surrender it for the cash value. But you may get stuck paying a surrender fee. Still, it’s better than getting nothing after years of premium payments.

“Most cash-value policies have surrender charges that decline over a period of time,” Blakeman says. “That’s often 10 years, but it could be 12 or 15 years.”