Would I lie to you about car insurance? Only if it pays off

When it comes to reporting a change to that could lower your car insurance rates, you’re probably pretty quick to call your insurance agent. Say, for instance, you get a new job, and your daily commute to work drops from 10 miles to 2. Fewer miles mean less risk, which generally garners you a lower annual premium.

But what if your new job were farther away?

What are the chances you’ll pick up the phone to inform your agent? Probably not so much. 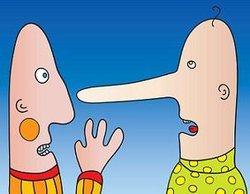 Drivers are highly selective about the information they report to their insurance companies, according to a new report by Quality Planning Corp. in San Francisco, an analytics firm that validates policyholder information for car and home insurance companies. People are five times more likely to report mileage decreases than increases, and three times more likely to report a switch from “commute” to “pleasure use,” often associated with a premium reduction, rather than “pleasure” to “commute.”

“People are looking everywhere they can to save a dollar,” he says.

Lifestyles change more quickly than they did a few generations ago. Gone are the days when people held the same job and lived in the same house for most of their lives. Today the average 36-year-old worker has held 10 different jobs, and a quarter of workers change jobs every year, Quality Planning notes. More than half of households (52 percent) experience a change of vehicles or drivers, and 30 percent add or replace at least one vehicle each year.

Rapid lifestyle changes make keeping up with car insurance rating factors challenging for insurers. Many changes aren’t reported and go undetected for years, Quality Planning says, and as a result millions of policies’ prices are flawed.

In some cases, policyholders report changes but don’t tell the whole story. In its analysis of more than 300,000 policies from multiple insurers, Quality Planning found that when policyholders file a change of address, almost 24 percent reported their move would not affect the number of miles they would drive and 47 percent reported their moves would not change how far they had to commute to work.

The study found similar disparities in mileage changes when customers reported adding or dropping drivers from policies. Quality Planning says every day it finds examples of other half-truths and omissions in its routine policy reviews for insurers. Young people, for instance, sometimes keep their parents’ suburban addresses even though they’re living away from home in cities, where car insurance premiums are higher.

Car insurance companies lost $16 billion last year from rating errors, almost 10 percent of the total premium written, due largely to misinformation from their own customers.

U’Ren says insurance companies are aware of the loss, known as “premium leakage,” but they take different approaches to the problem. Some car insurance companies simply accept the situation and raise rates for everybody. U’Ren considers this an ineffective tactic because drivers who pose the lowest risks end up paying more than they should.

Getting to the truth of the matter

Other insurers work diligently to improve data collection. Quality Planning designs solutions for insurers to cut through the bull. The company puts an insurer’s policies through a battery of more than 150 tests, cross-reference checks and algorithms, which detect discrepancies. Then it contacts policyholders to get the correct information.

“Most people are painfully honest when you present them with the facts,” U’Ren observes. “What’s happened before is nobody had ever asked.”

Making regular contact with policyholders is a key to detecting “rating factor changes,” a.k.a. lies, Quality Planning concludes. Even when they’re being busted for inaccurate information, customers feel like their insurers care, which boosts customer retention and loyalty — and insurance companies get the information they need for accurate underwriting.

So why should you tell the whole truth, and nothing but the truth, to your insurance company?

For one, it’s a matter of fairness to other consumers, who shouldn’t have to pay higher premiums because you failed to report your new commuting distance. And two, insurance companies can find out if you’re holding back. Odometer readings taken at smog testing stations, for instance, can be compared to the mileage you report to your carrier, and you’ll be charged accordingly in the end.

Minimum car insurance requirements by state
Can I insure a car that isn't in my name?
Non-owner car insurance: How to get car insurance without a car
15 things you didn't know your car and home insurance policies cover
How auto theft investigators work - and how to hire your own
What is uninsured and underinsured motorist coverage?
Car warranties versus auto insurance
How Does Gap Insurance Work and Do You Need it?
Do you need full coverage on a financed car
Do you need the VIN number for the insurance quote?
Veterans and military guide to insurance
What is liability auto insurance?
5 questions to ask your car insurance agent
The secret life of your car's VIN
"Stacking" your UM/UIM auto insurance coverage
10 things that aren’t illegal but should be
SR-22 insurance: What is it and how does it work?
Auto insurance: How to make sure you’re not underinsured
Full coverage auto insurance: What it costs to get covered
Will my car insurance still cover my vehicle if I had it towed out of the road after hitting a deer? I have a witness to the event.
Double-car insurance dilemmas
How to cut your car insurance bill in half
12 things you don't know about car insurance that could cost you
Untangling your insurance during a separation or divorce
My wife was half asleep when she went out to scrape snow and ice off her car. She used a snow shovel, not realizing she picked up the one with the sharp metal blade at the end, so she scratched the car all over. Will her car insurance cover the damage?
My car was rear-ended and totaled but it was paid out by my insurance company and I am left with a balance on my car. Can I make a claim with the other drivers insurance company to pay the balance?
As I was backing out of the driveway I hit a parked car that was parked beside the curb in the street causing what looked like mild damage. My vehicle had no damage. Will I have to pay a deductible?
Don't let other people drive your car
Taking the slow lane by storm: Insurance for low-speed vehicles
Car insurance for blind drivers (you heard that right)
Insuring your tricked-out, souped-up car
See more >