Most people know that if something happens to their homes, their homeowners insurance policy will likely cover the loss of basics such as furniture, rugs and clothes. What they don’t know is that some of their more unusual belongings may also be covered.

Here are examples of interesting claims that have been successfully submitted for reimbursement. 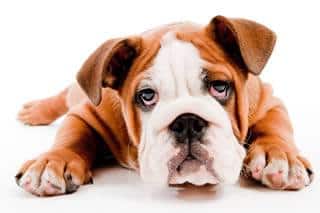 “Although animals are typically excluded from coverage, I had a case where a dog allegedly ate a piece of jewelry and the insurance company wanted to buy the dog at an unbelievably high price. The insurance company claimed a right to salvage of the jewelry in the dog. This is typical to some property, like a car, if they pay for the value of the car,” says Chip Merlin, president of Merlin Law Group in Tampa, Fla.

“After the owner refused, the insurance company continued in its claim that the dog with jewelry in it was salvage and demanded the dog be turned over. I don’t know for certain what they were planning to do with the dog, but the insurer quickly backed down after a phone call from me. They paid for the lost jewelry, which may or may not have been sitting in the poor dog’s stomach.”

“Under the ‘loss of use’ coverage, an insured was supposed to have a wedding in their back yard for their daughter but because of a fire, they had to move it to a hotel. We ended up claiming the increased cost for having it at a hotel,” recalls Diane M. Swerling, principal at Swerling Milton Winnick Public Insurance Adjusters Inc. in Wellesley Hills, Mass.

“Consumers might not know that they can ask for decorator fees, which are covered if the insured did use a decorator before,” says Dick Burr, director of claims at Young Adjustment Co. in Philadelphia. ”This can be quite a big expense that will be incurred again once repairs have been made, so we have requested reimbursement for interior design fees several times.”

“People have asked for just about anything,” says Burr. “At one time, someone asked for $30,000 worth of Beanie Babies. We collected; however, today’s new policies restrict that. We now have to deal with hoarders. That is another world when you walk in and there is nowhere to walk.”

“We once got a full-size construction grade dump truck covered under personal property because it was not registered for the road and the person legitimately used it to move firewood to and from his wood-burning stove,” says Greg Raab, manager at Adjusters International in Utica, N.Y. “Per policy language, it was covered, just like ATVs or lawn mowers that are used for property maintenance would be.”

Ron Reitz, a public insurance adjuster and president of Quality Claims Management Corp. in San Diego, recalls, “We had an interesting wine loss. The wine was heated to an approximate temperature of 85 degrees for a period of 10 days after a backup and overflow of a sewage pipe caused flooding and other damage.” The repair crew used heat to speed up the drying process.

“Of course the effect of heat on wine is not good. We had a challenging time convincing the insurer of the magnitude of the loss since we were essentially arguing the value was gone because the wine could not be sold in a secondary market and it was prematurely aged, but in the end, the client did get reimbursed.”

“Expensive cooking ingredients such as imported olive oil are covered at full value, as long as the homeowner is not running a business out of the home (i.e. catering, etc.). So if you’re shopping at Whole Foods, we recommend that you keep your receipts,” says Raab.

Losing one item in a pair or set doesn’t mean you have to live with a mismatched set.

“If one of a pair gets damaged, then both have to be replaced. I’ve seen this used to claim custom-made lanterns, antique candlesticks, etc.,” says Reitz. “I had a client who had some beautiful lighting on the walkway of their house. The lanterns were original and hard to replace, but one of them was damaged in a storm. Well, you can’t just go out and buy one more, so the insurance company had to pay to replace both of them.”

“Years ago a client had a house fire at their 500-acre horse farm. He had pesticide stored in the basement before the fire. After the fire, I noticed that swarms of flies would come in to the basement and die almost immediately,” recalls Ronald Papa of National Fire Adjustment Co. in Amherst, N.Y. “We had experts from Cornell University examine the site. Although the shelf life of this chemical was only supposed to be six weeks, it turned out that when it was heated by the fire and it dissolved into the concrete, it remained potent for months. This was also toxic to humans. As a result, the house had to be demolished and rebuilt from the basement up.”

“Our client thought of himself as a green thumb and took to growing marijuana plants in his attic. One day, the lamps got too hot, caught fire and took the whole home with them,” says Raizner. “The illegal plants were discovered after the blaze and the insurance company refused to pay for damages. Our client was charged in the incident but was able to plead the case down to a misdemeanor. The insurance policy [excluded] coverage for damage that resulted from the commission of a felony, so while they were a bit irked, the insurance company agreed to pay and the case was settled.”

“Security service for your damaged home is covered under building coverage,” says Burr. “These services can help keep out looters who may steal items and cause further damage to the property. The insurance company usually pays for this so it can be very beneficial to use these services.”

Making your own home insurance claims

How can you be sure that you’ll be properly reimbursed for both your usual and unusual possessions? Experts recommend that homeowners keep a detailed inventory of possessions, photograph or take videos of each room in the house, and notify your insurance agent of any changes to the home.

“The world of disasters is a unique place. There are all kinds of crazy things that happen for all kinds of unimaginable reasons to property. The trick is to have a policy without an exclusion that applies,” says Merlin. “In the current marketplace, insurers are increasingly writing policies with more exclusions and limitations without advising consumers of the small-print differences.”

15 ways to save on home insurance

Is mortgage disability insurance worth it? By Les Masterson