Breast cancer survivors are getting better access to life insurance

The outlook for women diagnosed with breast cancer today is brighter than ever before, and life insurers have taken note.

Now, it’s easier for many women with a history of breast cancer to buy life insurance. Not only can they qualify for coverage, but they can also get better rates and apply sooner after treatment than in previous years. 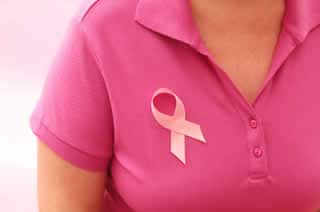 The company recently announced changes to its underwriting guidelines for women who’ve had breast cancer, resulting in better options for survivors of the disease.

“MassMutual has been a leader in offering coverage for breast cancer survivors going back to the 1960s,” Kaufman says.

But in previous generations, waiting times for life insurance coverage after treatment were longer — 10 to 15 years in some cases — and rates were higher.

Other life insurers are moving in the same direction as they adjust underwriting to keep up with clinical advances.

Ryan Pinney, an impaired risk specialist with Pinney Insurance Center in Roseville, Calif., says when breast cancer is caught early, it’s possible in some cases for patients to qualify for insurance as early as the last day of treatment, as long as there’s a clean bill of health.

In other cases, the waiting time to qualify is one to three years after treatment, and sometimes up to five years, Kaufman says.

The Hartford was the first insurer to offer life insurance at standard rates to women whose breast cancer has been detected early and treated successfully. The carrier made the change in 2005 after studying National Cancer Institute data showing improved survival rates for women with early breast cancer, says Dr. Craig Davidson, senior medical director of The Hartford’s individual life underwriting department.

“The Hartford was convinced we could make better offers to people with breast cancer,” Davidson says. “Previously, women with early breast cancer would have to pay more for coverage for three to five years.”

As part of its approach, The Hartford has also lowered rates for some women with more advanced breast cancer.

“A woman with a larger tumor now typically pays less for insurance than she did in 2005, or may qualify for insurance sooner after treatment,” Davidson says.

Today, the staging and grading system for breast cancer is more detailed, thanks to advances in technology. This helps doctors get a better handle on the disease and helps life insurance companies better assess risk, allowing them to fine-tune their underwriting guidelines, Kaufman says.

Underwriting guidelines will continue to evolve.

“They continue to get better every day,” Pinney says. “Just because someone is adversely rated doesn’t mean it’ll stay that way forever.”

When underwriting a policy for a breast cancer survivor, an insurer considers many factors. Among the most important are size of the tumor, whether lymph nodes were involved and whether the cancer spread to other parts of the body.

“Some cancer cells are more aggressive and may also affect the prognosis,” Davidson says.

Pinney says an insurer will want to see pathology reports and know:

If you’ve won a battle with breast cancer and are in the market for life insurance, Pinney recommends talking with an agent who works with multiple companies and knows which ones offer the best rates for people with your medical condition. Some companies have more favorable guidelines for certain conditions than others.

But don’t go by price alone, Pinney says. Also consider the quality of the policy and life insurance company ratings.