If you’ve done any research on family sedans recently, you may have stumbled upon the Car and Driver 2015 Editors’ Choice Awards, which named three top picks in the family sedan category:

The magazine also named the Toyota Camry as its “One to Watch” pick.

An endorsement from Car and Driver’s editors might be enough to send some buyers to the dealer with wallets in hand. But if you’re the type who favors an exhaustive comparison, you might wish to dig a little deeper into the details – including the car insurance rates behind these machines – before you drive one off the lot.

“There are lots of great options in the family sedan category today,” says Penny Gusner, consumer analyst for Insure.com. “So the decision on which to choose can come down to subtle details, such as costs of ownership. Your monthly insurance bill is a significant part of those costs.”

And though all of the cars above belong to the same category, their average insurance rates vary by as much as 20 percent, depending on which model and trim line you choose.

Here is a breakdown of the insurance costs for the machines on Car and Driver’s 2015 list of editors’ picks for family sedans. 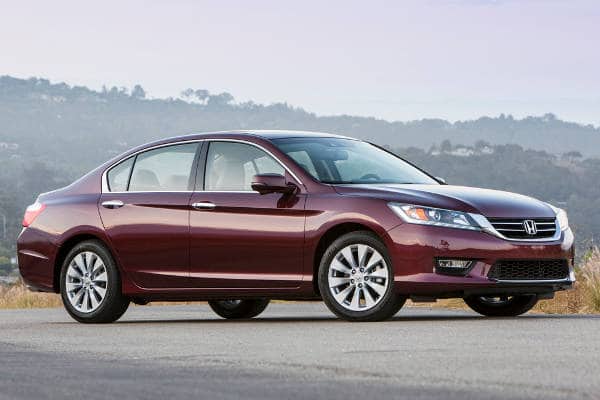 Honda’s venerable midsize sedan posts the lowest average insurance rate in this comparison, with the LX model offering an average rate as much as 7 percent lower than the cheapest models from other manufacturers.

However, the EX-L hybrid, like many hybrid models today, checks in notably higher than its conventionally powered counterparts. Its rate is 20 percent higher than that of the LX.

“Hybrids can save you money on fuel costs, but they generally aren’t cheap to insure,” says Gusner.

But, according to Car and Driver’s review, “The playful and engaging Accord offers more than you’d expect, no matter how you spend.” 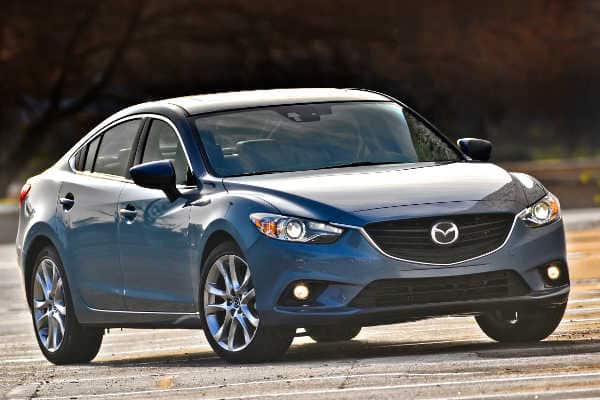 Insurance costs for the Mazda 6 vary less across the model’s spectrum than any other car on this list.  The Sport model, the base version of the 6, costs more to insure on average than the midsize base offerings from Honda and Volkswagen. Yet the Grand Touring 6 checks in cheaper for insurance than the other top offerings on this list.

“The nice thing about the 6 is that your insurance bill won’t grow that much if you choose to go for a racier model,” says Gusner.

That may be a worthwhile thing for performance enthusiasts to note, if Car and Driver’s review of the 6 is any indication.

“The 6 is efficient, but acceleration is relaxed compared to some of its rivals – but we love its finesse so much, it’s easy to forget such minor issues,” writes the magazine. 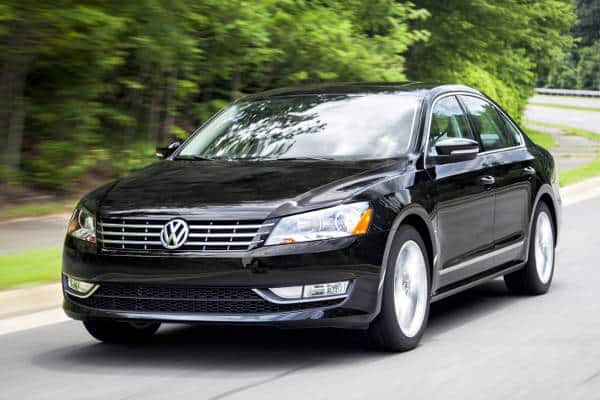 The Passat SEL Premium posts the highest insurance rate in this comparison, but that extra cost isn’t without its perks: The V-6 power-plant in the SEL boasts 280 horsepower, and luxury fans are likely to appreciate the model’s touchscreen navigation system and remote-start capabilities.

Other Passats, such as the Wolfsburg edition, post very competitive insurance rates for the category.

“When it comes to insurance costs, luxury and horsepower can cost you,” Gusner says. “But for some people, that’s totally worth it.”

The lone German car in this comparison may also come with a surprise perk for American buyers.

“Longer and wider yet way down in price, the VW Passat is designed for and produced in the good old U.S. of A.,” notes Car and Driver. 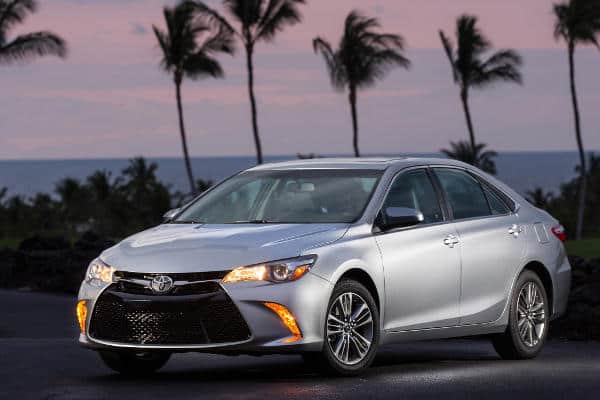 While the Camry didn’t make Car and Driver’s official lists of editors’ picks, its inclusion as a model to watch suggests that the staff has a soft spot for this longstanding best-seller.

Curiously, the lowly LE costs nearly $100 more to insure annually than some of the other offerings on this list, according to the Insure.com analysis. Despite this, there’s scarcely anything else about the Camry that suggests excessive costs will be frequent.

Gusner says that the discrepancy in insurance costs between the Camry LE and some of the other base models on this list underlines a noteworthy fact about insurance.

“It’s hard to look at a Camry and an Accord and say why there should be a difference in insurance costs between the two,” she says. “Yet insurers spend their days measuring how much they pay in claims for various models, and at least some of them have found a meaningful difference in that respect between those vehicles. That’s a difference they pass on to their customers through their monthly bills.”

Looking for rates on different models?

To see rates for more than 1,500 2015 vehicles – including many more family sedans – see the Insure.com feature on average insurance rates by model.

To obtain the insurance rates in this article, Insure.com commissioned Quadrant Information Services to survey insurance rates for 2015 models. Data for some models was unavailable at the time of the survey. The averages above are based on full coverage for a single 40-year-old male who commutes 12 miles to work daily, with policy limits of 100/300/50 ($100,000 for injury liability for one person, $300,000 for all injuries and $50,000 for property damage in an accident) and a $500 collision/comprehensive deductible.